An Area Favorable for Investments

Today, the Far East is in the center of all the geopolitical and strategic interests of Russia. In the Magadan Region, efforts are underway to create the most favorable conditions to realize the region's potential. Here they understand: that investors will go where it is comfortable to do business. Thus, the improvement of the investment climate is one of the priority tasks of regional authorities. Their openness and readiness to support investors is a factor promoting favorable conditions for business here. 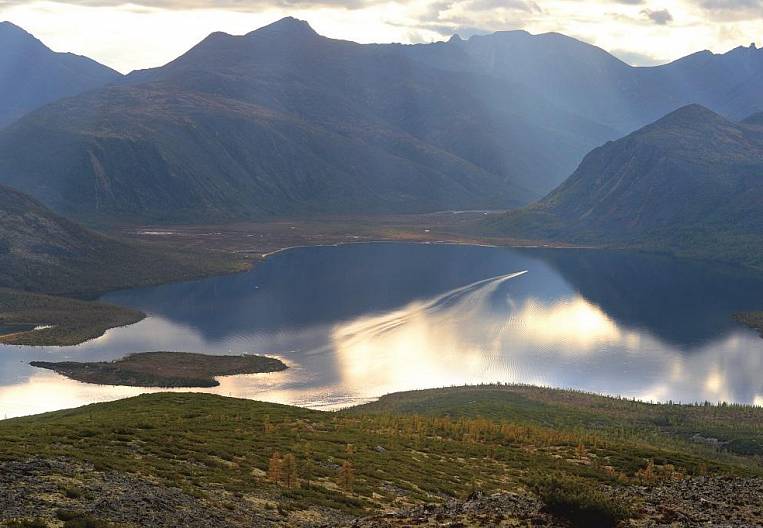 Фото: Shutterstock
According to the results of 2017, the Magadan Region was included in the A group of the National Rating of investment climate conditions in terms of the Availability and Quality of Regional Legislation on Mechanisms for Investor Protection and Support. This confirms that: the legal framework for investory support was established in the region.

Investment activities in the region are regulated by the Law of the Magadan Region of December 27, 2013 No. 1681-ОZ On Investment Policy in the Magadan Region. This law provides investors with stable operations in a favorable environment, and the Magadan Region with the required amount of investments. Agreements under the model of public private partnership have been executed in the region since 2008. Project implementation is undertaken by an investor, while the regional authorities provide support for the preparation and approval of the necessary documents.

An agency was established in the region for attracting investments, and the Magadan regional innovative business incubator is in operation. The project support schedule under the one-stop scheme applies. The multi-functional center of Magadan provides businessmen with more than 100 state municipal services. Permission for residential and capital construction in the special economic area can be obtained within 65 days, and within 80 days for other types of capital construction.

A common service for technological connection is being established. Its establishment will enable electric connection issues to be solved under the one-stop scheme.

Time limits for the state registration of legal entities were significantly reduced from 5 to 3 days. This service is now provided through the multi-functional centers. Rights in non-residential objects and land lots can be registered within 5 business days. Land lots for the implementation of large scale investment projects can be obtained without bid procedures.

For organisations implementing investment projects in the region, there is a special taxation regime in terms of the income tax. In particular, tax holidays for start-ups for 5 years from the commencement of operations are provisioned. The tax rate for the next 5 years is just 10%. Moreover, several laws were adopted in the region that reduce the tax rate by two times for some taxpayers operating under the simplified taxation system.

Tax holidays were introduced for emerging entrepreneurs using a simplified or patent taxation system. The right for tax holidays is provided to individual entrepreneurs continuously operating for two years after registration. Until December 2020, the tax rate for them will be 0%.

Since 1999, a Special Economic Area has been operating in the Magadan Region that features comfortable tax and customs conditions for business. The preferential tax regime provides for the partial exemption from the income tax and tax on mining operations in the share of the federal budget. The customs regime provides for the application of a free customs area procedure: foreign goods (except for those, subject to excise taxes) are imported, placed, and used without any duties, taxes or measures of non-tariff regulation. In 2014, the Special Economic Area regime was extended until 2025.

Measures aimed at investor involvement and the establishment of new production facilities are producing results. During the last 3 years, the turnover of small and medium size companies and individual entrepreneurs in the region increased by 13.4%. According to the estimate of the National Rating, the number of small businesses per 1,000 residents of the Magadan Region was 68.6. This is significantly higher than the average Group A index, which is 59.6.
The share of small business in state purchasing is increasing. During the last year alone, the total amount of contracts with small businesses exceeded 1.5 bn rubles. This is 17.4% of the total amount of purchasing, which exceeds the norm of at least 15% provisioned by state legislation.

The infrastructure of the Magadan Region is also developing. Roads are being reconstructed in the region, and the Magadan commercial sea port is being upgraded. In the near future, it is planned to build a passenger terminal at the Magadan international airport. The introduction of the underwater Sakhalin-Magadan communication line increased internet access speed by 20 times.

There are many types of business support in the region. Additional information on this issue is available on the web-sites of the executive authorities, the official portal of the Magadan Region, the Investment portal of the Magadan region, and web-site of the Regional Fund for the Promotion of Entrepreneurship.

The construction of the Solnechny. Magadan mountain skiing complex.

Winter sports are popular in the motherland of Elena Vyalbe, Dmitry Ipatov, Maxim Tsubin, Anastasiya Kazakul, and other athletes that have honorably represented Russia on the world stage. Now, it is planned to build the Solnechny.Magadan sports and tourist center in the suburbs of Magadan. It will receive both guests from other regions of Russia, and tourists from South-East Asia. The probable audience is 430,000 people a year. The competitive advantages of the center will be the high quality slopes and long winter season. Proximity to the capital of the region will ensure guest access to an entire urban infrastructure.

The complex's territory is planned to feature 4 elevators, 7 mountain skiing tracks, a hotel, a cafe, as well as a service center from which one can rent equipment and buy souvenirs and sports goods. The center is meant for 2,600 people.

The development of the project master plan is complete, and land with an area of 29 and 59 ha lots are have been set aside for construction. The next stage is land survey and design.

The estimated cost of the project is 4.9 bn rubles. Pay-back term is 4 years. The construction of engineering and road infrastructures provides for the use of funds from the regional budget.

The Talaya balneological resort was built in 1959, 276 km away from Magadan. It is located on the northwestern slope of the Kolyma range, at an altitude of 720 m above sea level, in the picturesque valley of the Talaya river, and surrounded by hills and lakes.

At present, the resort can simultaneously serve up to 200 guests. Treatment here is based on the use of muds and mineral water. Water from the Talaya deposit is classified as nitric fresh siliceous thermal water. And the therapeutic mud belongs to the sapropelic genetic group. This balneological group of water and muds is a valuable healing substance that is widely applied in foreign practice. Water and mud deposits can ensure that the resort will function for the next 100 years. Talaya also has a land lot with an area of 90.81 ha under perpetual lease.

The reconstruction project provides for an expansion in the resort's capacity from 200 to 500 people. Moreover, the project includes the establishment of power, transport, and tourist infrastructure. The resort should become the center for development of a new type of tourism in the Magadan Region, i.e. primary wellness tourism.

The estimated cost of the project is 8.5 bn rubles. Pay-back term is 9 years. The investor has been provided with a guarantied state order. The project can be implemented in view of the norms provisioned in FZ No. 115 On Concession Agreements.

Construction of a New Passenger Terminal at Magadan airport

The weather conditions at Magadan international airport are more stable than in airports of other Far East regions with a coastal climate. The location also offers certain benefits: the airport is perfectly suitable for intermediate technical stops during long flights between America and Southeast Asia and Australia. At present, Magadan airport is allowed to receive 50 types of aircrafts.

Construction of the new Sokol passenger terminal will enable the airport to increase capacity and apply modern transfer technologies for passenger and luggage service. It is planned to place representative offices of airlines, services of passenger carriage arrangement and safety, luggage services, ticket offices, border control, immigration contol, customs control, phytosanitary and veterinary control, as well as a hall for VIP passengers in the new building. Moreover, the new terminal will have restaurants, cafes, souvenir shops and news stalls, and Duty Free shops. The total area of the new terminal will be at least 20,000 sq. m. The capacity will be up to 600 passengers per hour.

The total amount of investments in the project is 2.9 bn rubles. The right to use the land lot on which it is planned to build the Sokol terminal is confirmed by the lease agreement.

The Pavlik mining center was launched in 2015. During the first year of operations at the Pavlik deposit, the center produced 1.1 tons of gold, and in 2016, the output increased by three times. In 2017, it is planned to produce 6.5 tons of gold.

Today, approximately 650 people work simultaneously at the open cut, the factory, and associated facilities under a shift scheme. They process 15,000 tons of ore per day. The content of the precious metal is approximately 1.8 g per ton, which enables production of up to 630 kg of gold a month. It is planned that the Pavlik deposit will reach design capacity by late 2017.

Since 2016, the center has been implementing geological surveys to explore the Pavlik deposit in detail. The surveys will be completed in late 2017. It is expected that the total reserves of the deposit will increase up to 250 tons. The initial amount of the precious metal was estimated at a level of 150 tons, which already enables stable operations of the enterprise for the next 20 years.

After this, operations will be transfered to the Pavlik-2 deposit, and its development will double precious metal reserves up to 300 tons. In addition, in 2018, works at the Radionovskoe deposit will begin. It is planned, that development of the 3 deposits will enable productions of up to 18.5 tons of gold a year. Modernization of the existing production facilities of Pavlik will double the amount of production and processing of ore, and gold production.

Construction of a Green House Center in Magadan

At present, the Magadan Region fails to provide itself with a sufficient amount of vegetables. Green houses built in Soviet times are in ruin. New green house centers are not being built. Demand for local produce is high. Local vegetables would replace imported vegetables on the market.

To fulfill the demand for fresh local cucumbers, tomatoes, and herbs, Agro Invest TC LLC plans to build a green house center in Magadan for year-round planting. The total area of the winter green house block with a service unit, administrative and auxiliary premises will be 5.07 ha. The project includes construction of a boiler room operating from coal, auxiliary structures, administrative buildings, infrastructure for a power and water supply (closed circuit with a pond system).

The total cost of the project is 1.7 bn rubles.

Visitors of the Kolyma exposition at the Far East Street exhibition will be offered more than 30 types of delicacies made of rare sea food compliant with all the modern trends in sports and dietary nutrition. Thus, the Okean and Rassvet-2 fish processing enterprises will present unfiltered herring roe cooked according to custom recipes. One will have the chance to try dishes of the Northern Sea of Okhotsk whelk, halibut, salmon, periwinkle, and Magadan prawns.

In addition, an eco bar will be present at the Magadan Region stand. The guests will try drinks made of Kolyma wild harvest and Magadan honey, green bread juice with blueberry and gooseberry, mineral water from the Talaya resort springs. A visit to the exposition of the Magadan Region will become a tour for foodies.