Investment attractiveness of the Far East: the first results of adopted decisions 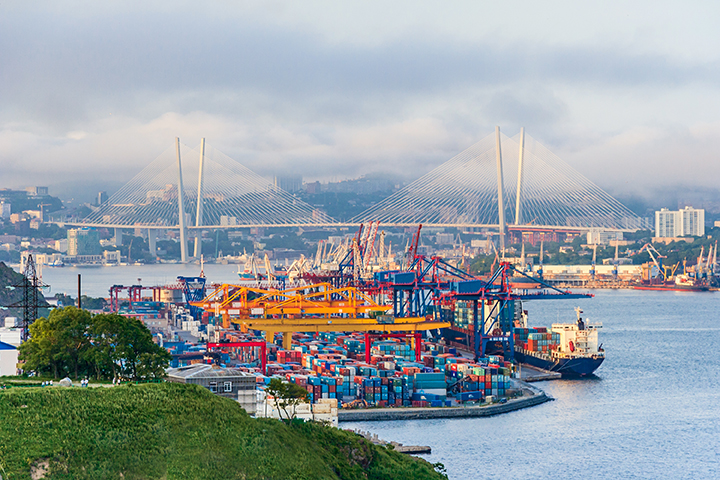 March 30, 2015 was the day when Federal Law No. 473-FZ “On the territories of advancing socio-economic development in the Russian Federation” came into force, introducing a special legal regime, tax benefits, relief of administrative burden, and other privileges for investors.

Since that time, 13 ASEZs have been created, each with its own specialization. The leader in the number of ASEZs is Primorsky Territory where there are as many as 3 ASEZs: in the fields of agriculture, light industry, logistics as well as shipbuilding.

At the moment some more Advanced Special Economic zones are getting closer to being established, including “The Kurile Islands” (tourism, agriculture, and fishing industry complex) in the Sakhalin region, “Nikolayevsk” (fish processing and ship repair industry) in the Khabarovsk region, “Svobodnenskaya” (gas chemical industry) in the Amur Region. The latter is expected to become a platform for launching the country’s largest gas processing and gas chemical complex connected to the “Power of Siberia” pipeline project. The Magadan Region, which has not yet established a single ASEZ, is also working on its projects.

It important to point out that in contract to the regime of special economic zones, which was not very successful in the Far East, the ASEZ mechanism implies that a platform is created only if there is a block of applications of potential investors. Thus within ASEZs, there will not be any empty territories without a single registered resident as it happened with SEZ. For instance, the federal authorities take their time to endorse the “Russky Island” tourist and recreational ASEZ as it has not gathered enough investors.

In addition, business has often turned away from investing into Far Eastern projects due to the lack of necessary infrastructure. Now the state is ready to provide appropriate support by allocating investments from the budget for the construction of required facilities. The key thing here is that regional governors play an important role in implementing the projects while simultaneously working on creating ASEZs and looking for investors inside and outside Russia. In general, the new mechanism is a more complex and sophisticated approach as compared to SEZ, which helps to attract investors.

Another special mechanism for the development of the Far East is a free port regime that offers a range of tax incentives and customs preferences for entrepreneurship. The pilot area of the project is the Free port of Vladivostok which united 15 municipalities in the south of Primorye. The relevant law (No. 212-FZ “On the Free Port of Vladivostok”) entered into force on October 12, 2015, and now the interim results of the port operations have already received a positive assessment of both the federal government and the business community.

For example, according to official statistics, at the end of July 2016 (9 months after the start of the project) the project received 100 applications amounting to more than 167 billion rubles that will make it possible to create over 26 thousand jobs. 52 companies have already become official residents of the port having signed the agreement with the ‘Far East Development Corporation’. In contrast to ASEZs, the free port has no specific field of activity, though initially it was assumed that porto franco would attract project mainly specializing in logistics. However, 39 % of residents chose the industrial activity, 18 % focused on logistics being followed by real estate projects that accounted for 11 %.

The successful example of Vladivostok contributed to the extension of this regime to other ports of the Far East. As a result, the status of a free port, according to the amendments to the federal legislation, was granted to the Vanino port in the Khabarovsk Territory, the Korsakov port in the Sakhalin Region, the port of Petropavlovsk-Kamchatsky in the Kamchatka Territory and the Polar Port of Pevek in the Chukotka Autonomous District, while one more territory, the Lazovsky district, was incorporated into the Free Port of Vladivostok At the moment the new free ports are collecting bids from potential residents. In the meantime, 15 residents are willing to enter the project of the Port of Vanino contributing the investment totaling 70 billion rubles. Thus, free ports are springing up in almost all coastal regions of the Far East.

A ruble for two

Another instrument used to facilitate the recruitment of investors is a targeted infrastructure support for priority investment projects provided by the state Far East Development Fund. To secure incentives, the amount of investment should not be less than 50 million rubles (for a period up to 3 years) or at least 500 million rubles (for a period up to 5 years). Regardless of the field of activities of an applicant and location of an enterprise in the region (within the Far East), the investor can participate in an open tender held to select applications. The main criterion for an investment project to be selected is the economic benefit of its implementation: the amount of taxes, private investment, and added value.

In fact, this mechanism is aimed at large-scale projects that are not included in a ASEZ or a free port but still need significant infrastructure support. Two rounds of selection of investment projects have already been held by now, and the support was allocated to 10 applications with private investment reaching 274 billion rubles and budget investment totaling 23.43 billion rubles.

The Far East Development Fund provides significant support to the mining sector, and particularly to the Tayozhny iron-ore mining and processing complex and the “Inaglinsky” coal mining and processing plant in Yakutia, as well as the coal mining and beneficiation project the Khabarovsk region. Financial aid is directed towards gold industry as well. Funds are allocated for the development of gold mining project in the Selemdzhinsky district of the Amur region as well as the Ozernovsky gold deposit located in Kamchatka. In addition, the Fund’s money is spent on infrastructure – the coal handling project in the Port of Vanino and the Russian Post logistics hub in the Khabarovsk Territory. The food industry, namely the plant for deep processing of soybeans in the Belogorsk ASEZ, has also managed to secure the Fund’s aid.

Moreover, the Ministry of Development of the Far East has developed new mechanisms of state support in investment projects in the Far East. Back in 2015, the authorities simplified the procedure of assigning a priority status to projects: namely, they removed the requirement that requirement that the actual investment shall at least be 10 % of the planned private investment. Now investors can get exemptions on corporate mineral extraction taxes in the volume of their investment in the transport, energy and other infrastructure required for the implementation of investment projects. As a result of this approach, projects still receive infrastructure support, but without the direct involvement of budgetary funds. In addition, the project can be considered a priority one but however, does not require budgetary financing, in order to be included in the state program “Socio-economic development of the Far East and the Baikal region” for further targeted assistance.

It is worth noting that the Far East Development Fund is also engaged in the financing of investment projects. It provides loans for the needs of applicants. In winter 2016, the loan interest rate was reduced from 11 % to 5 % per annum for up to ten years. To use such a loan, an entity is required to give at least two rubles of private funds for each ruble of the Fund. Such funding can be obtained by a company investing at least 500 million rubles that has already consolidated its good standing in business by being financially stable and having proven experience in implementing similar projects. However, there are no industry restrictions – the application can be submitted by any enterprise. In turn, the Fund is ready to provide to one third of the total funds required for the project. The Fund has already granted support of about 10 billion rubles to six projects.

Particular attention was paid to the mining industry and related infrastructure. For example, the largest investment (2.8 billion rubles) was aimed at the construction of the main pipeline from the Solntsevskoye deposit to the port of Shakhtersk in the Sakhalin Region, and at the modernization of the region’s single specialized marine coal terminal. The Fund has also allocated 2.5 billion rubles for the construction of a cross-border bridge over the Amur river in the Jewish Autonomous Oblast. This project is a joint venture of the Fund together with the Russian Direct Investment Fund (RDIF) and China Investment Corporation (CIC). Another large project is related to the production of gold in the Kamchatka region, where “Gold of Kamchatka” refines the Ametistovoye and Baranyevskoye fields: the Fund plans to provide up to 2 billion rubles necessary transport infrastructure.

The Far East as the main Russian ASEZ

According to preliminary calculations, new mechanisms of development of the Far East contributed to the growth of the declared volume of prospective investments up to 1 trillion 107 billion rubles. It is important to note that investors are not only Russian companies, but also foreign ones. As anticipated, one of the leaders in terms of investment volume is China. Its representatives are ready to invest about 163 billion rubles (16 billion yuan).

The climate in the Far East is gradually improving due to various mechanisms, which provides incentives to a growing number of entrepreneurs. The current results of 2016 inspire cautious optimism and give reason to believe that the standing of the macro-region has become much better than in other federal districts. Investors cannot remain indifferent to a wide range of opportunities in terms of funding conditions and preferential support as they understand how serious are both the economic potential of the Far East and the state intentions. One of the main priorities is still attracting foreign investors and businessmen from other regions of Russia, as well as the creation of new projects, even small ones, from scratch. However, the expansion of the capacity of existing enterprises also contributes to the development of the Far East. Nevertheless, the macro-region is still at the very beginning of a radical change of the investment climate.

English Fish Will Not Swim Away