Due to the remoteness and complexity of the realization of projects, the largest deposits in the country have not been developed for a long time. However, today the situation has changed – in each direction, work is already taking place, which will soon allow the position of the mining industry in the Far East and in Russia as a whole to be significantly strengthened. 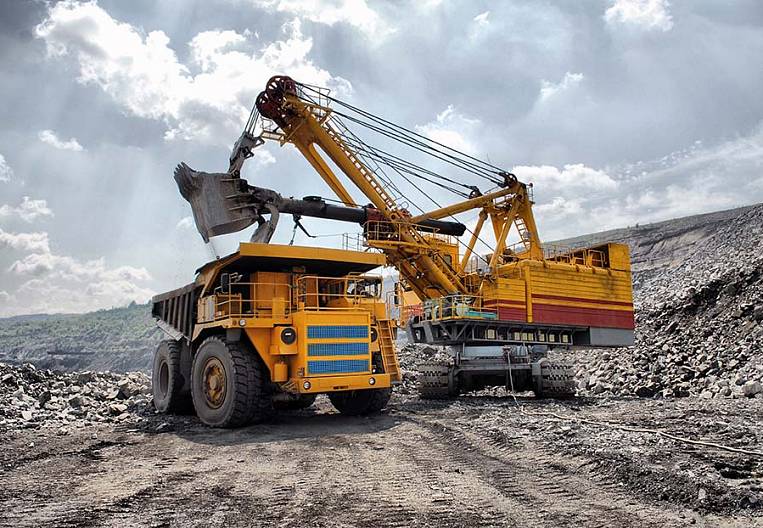 From Soviet times on gold remains the most important specialization of the Far East, which has vast undeveloped reserves of this precious metal. Now 45 % of the gold in the country is mined in the Far East, and virtually all Far Eastern gold mining regions hold leading positions in the federations ratings of subjects for volume of extraction. That said, Kamchatka, which is not yet among the largest producers of gold, shows the fastest growth in volumes of extraction: there were 4.2 tons of gold mined last year, which exceed indicators of the previous year by almost a quarter.

It is worth highlighting that there are several drivers of gold mining, which will allow the macro-region to increase current production indicators. Firstly, the golden ore Mining and Processing Complex “Pavlik” (Investment Company Arlan) was launched at full capacity in the Magadan Region in August 2015. Reserves of precious metal at this deposit are estimated to be at 150 tons, and they should be enough for 20 years of work. The output of gold is planned to be increased up to 10 tons annually. The launch of this Mining and Processing Complex was a very important event in economic life of the region. Taking into account plans for the development of other deposits as well, Magadan Region is capable again of holding one of the leading positions in the gold mining industry of the country and possibly to confidently take up the first place.

For instance, the start of work of Natalkinsky Mining and Processing Complex (Polyus Company) will contribute to the significant increase of gold mining in the Far East as a whole and in Magadan Region in particular. The launch of Mining and Processing Complex was postponed several times, but now it can be said with high probability that its commissioning will happen in 2018. The Natalkinsky Mining and Processing Complex with gold production of over 40 tons annually, is capable of becoming the largest gold mining enterprise not only in Far East, but in all of Russia. This investment project gains top-priority status in federal government, which will allow for it to obtain about 10 billion rubles of state support of development of deposit infrastructure Primarily, the deposit needs energy infrastructure without which work could not be started for a long time.

Thirdly, the state subsidized the support of gold mining in Selemdzhinsky district in the Amur Region which is conducted by company Petropavlovsk. The program received the status of a top-priority investment project, for which reason the state allocated 1.1 billion rubles in 2015 and 2 billion rubles more in 2016 and total amount of state support of 5.5 billion rubles. Investments will go to the construction of 220 kW electric power line “Fevralskaya-Rudnaya” in Selemdzhinsky district.

Nevertheless, implementation of some project of gold mining industry became stalled. Exploration of Nezhdaninskoye deposit in Yakutia is one of them, right to development of which Polyus company received as early as in 2005. It is worth noting that Nezhdaninskoye is a project complex for realization, requiring large investments in infrastructure. As a result, in 2015 Polyus with other large player, company “Polimetall”, initiated creation of cooperative enterprise for the exploration of the deposit. It is worth mentioning, that Polyus to large extent is focused on the development of Natalka, and therefore the exploration of Nezhdaninskoye is not a priority for company. However, creation of cooperative enterprise tells about high possibility of that the works at Nezhdaninskoye will finally begin.

From extraction to cutting

As for the diamond mining industry of Russia, it is still almost totally concentrated in the Far Eastern region. At the moment about 99 % of all diamonds in the country are mined in Yakutia and the main player is the company ALROSA, whose share in the world market composes about 25 %. Talking about the last trends of development of the company and the industry as a whole, it is worth noting plans of small decrease of mining in 2016 due to the fall of international prices of diamonds. In 2015, company mined 38.3 million carats but ALROSA managed to sell only 30 million carats, which lead to significant increase of stock reserves. As a result, in 2016 the management of company took decision to decrease mining down to 37 million carats, mainly on account of placer deposits.

It is worth noting, that the company set the development of the cutting industry as one of its priorities to increase the added value of production. However, cutting will not be performed in the territory of Yakutia. The opening of a diamond exchange in the Far East will be a remarkable event in Vladivostok. The opening of a diamond exchange should also contribute to more active promotion of production of ALROSA in promising markets of Asia-Pacific Region due to the gradual change in scheme of international deliveries of Russian diamonds. It is worth noting that the idea of diamond exchange was actively promoted by Plenipotentiary of the President in the Far Eastern District, Vice prime minister, Yu. Trutnev, adviser to ALROSA in the government of Russia. Besides, diamond mining enterprise ALROSA based on Verkhne-Munsk ore field in Yakutia, recognized as a top-priority investment project, received state subsidy of 8.53 billion rubles.

Also it should not go unmentioned, that in 2016 ALROSA was first from state companies to undergo process of privatization – 10.9 % of shares of company became privately owned. However, according to the results of privatization it cannot be said that ALROSA gained a new key investor as different portfolio investors from Russia, Asia and Europe acquired shares. Thus, freefloat of company increased to 34 % and federal government remained with 33 %, while government of Yakutia owns 25 % plus one shares and 8 % belongs to districts of Yakutia. As before regional authorities insist on preservation of shares in their hands in an attempt to influence the work of key company of Yakutia.

In the Far East large reserves of metallurgic raw material are located as well, represented by iron ore deposits, but in Soviet times they were not developed as they were not considered profitable. Petropavlovsk – Chernaya Metallurgiya Company, a subsidiary company of Petropavlovsk Group of Companies, the only producer of iron ore in the region, is a pioneer here. This company conducts creation of mining and smelting cluster of mining and processing of iron ore raw materials on the territory of Amur Region and Jewish Autonomous Oblast. In 2010 relatively small Olekminsky Mining and Processing Complex, designed capacity of which composes 900 thousand tons of iron ore concentrate with iron content at 62.5 % level, was put into exploitation on the basis of Kuranakhskoye deposit.

However, Far Eastern projects are realized quite slowly, which is caused by lack of investment resources as well as by problems with market outlets. For example, to this point the building of Tayozhny Mining and Processing Complex in South Yakutia, with designed capacity of composes 4.1 million tons per year. The project must be realized by the cooperative enterprise of group Evraz and ALROSA – Timir Group of Companies, which owns license for development of four deposits (Tayozhnoye, Desovskoye, Taryynnakhskoye and Gorkitskoye). However, ALROSA decided to sell its share and thus to exit the project, which, it must be said, was expected as only Evraz was actually conducting this project.

It is also worth highlighting the new important aspects of nonferrous metallurgy. Recently, tin mining, which was another specialization of the Far East, is being restored. The tin mine Molodezhny, launched in last year, and cleaning plant in Solnechny district of Khabarovsk Territory, which at the moment is the main centre of tin mining in the Far Eastern District and Russia, must reach its designated capacity by the end of 2016. Mining is planned at a level of 400 thousand tons of ore. Yakutia is again becoming a key centre of tin mining, where in 2017 “Ruchei Tirekhtyakh” project will be launched, and which makes provision for the exploration of large deposits of stream tin. The volume of extraction will make up from 500 tons to 3.5 thousand tons of tin per year, while annual needs in tin of the country compose 6.5–7 thousand tons. At this moment Russia imports 90 % of necessary tin, therefore creation of new capacities in Far East will help to lead the country to self-sufficiency.

For a long time, the Far East remained an important reserve for copper mining as well in the country. About 40 % of all reserves of Russian copper are concentrated here, which are practically not developed. Subsidiary company Millhouse –GDK Baimskoye received in 2015 license for prospecting and mining of nonferrous and precious metals on Baimskaya copper-porphyritic square in Chukotka Autonomous Region, including at Peschanka deposit – the largest copper deposit in the Far East. It the case of parallel realization of all necessary infrastructure projects (primarily, for power supply of deposits) Chukotka can be transferred into new center of copper industry in Russia. At the same time, exploration of golden-copper-porphyritic Malmyzhsky deposit, which will be conducted by the American-Canadian company Amur Minerals, is another interesting project with reserves of 5.6 million tons of copper and 298 tons of gold. Investment in geological prospecting of this deposit have already made up 1 billion rubles. Recently, Russian government supported the issuing of a license for deposit to a western investor, which created an excellent outlook for this deposit and allows to attract investments to Khabarovsk Territory.

Generally speaking, it can be said that the mining industry of the Far East is developing sufficiently well and successfully. Gold mining, which is being invested in by Russian as well as foreign investors, is on the rise. There is a revival in ferrous metallurgy, where and ambitious project of mining and smelting cluster is gradually beginning to be realized. Besides that, the Far East is intended to become the center of revival for the tin mining industry of Russia and the place to begin copper mining. Meanwhile, the diamond industry has adjusted its strategy under conditions of the reduction in prices and is seeking new market outlets in the Asia-Pacific Region. Of considerable importance is the state support for a series of priority investment projects in the mining sector.