The Far East can potentially produce enough food to feed itself 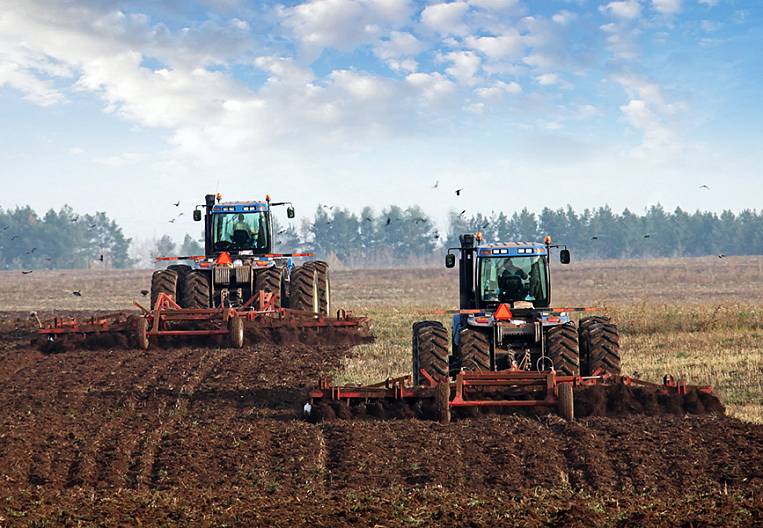 In 2015, the share of the Far Eastern Federal Region was very small, accounting for only 3.1% of the total agricultural output in Russia. Among the Far Eastern regions, more than 50% of total agricultural output is provided by the Amur Oblast and Primorsky Krai – and together with Yakutia and Khabarovsky Krai, their share reaches 82%. However, only potatoes and corn are produced in sufficient quantity in the Far East; traditionally soybeans have been this region`s specialized industry, whose gross yield accounted for more than half of all Russian soybean production last year. As far as the provision of other products, especially meat products, is concerned, these quantities are quite small at the regional level.

Meanwhile, in January-June 2016, the Far Eastern Federal District demonstrated growth (+2.2%), according to the agricultural production index, which, in general, is similar to the normal rate (+2.6%) in Russia, compared to the same period last year. Moreover, there has been a tremendous growth (+35.8%) in the Chukotka Autonomous Okrug, though commonly this region is characterized by small and unsustainable production volumes. Particular mention should be made about the success of Sakhalin (+18.1%), where new regional authorities started placing greater focus on the agricultural sector, in which they invested large state budget funds. The Amur Oblast is also showing rather good growth (+5.3%), where the agro-industrial sector has traditionally been of great importance. Another three regions showing a slight increase are the Magadan Oblast (+2.0%), Kamchatka Krai (+0.9%) and Khabarovsk Krai (+0.7%). It is well known that the authorities of the two remote and rather closed regions – Kolyma and Kamchatka have been paying increased attention to the development of their own agricultural production capacities, and this is yielding positive results. However, there are regions, where the agro-industrial sector plays a significant role and the majority of the population lives in villages, that have slightly worsened their performance: this happened to the Primorsky Krai (-1.0%) and Yakutia (-0.5%), and the Jewish Autonomous Region has experienced the most significant and alarming decrease (-6.3%).

The Advanced Special Economic zones have been created to contribute to regional development of agricultural production capacities, and allow each region to focus on its competitive advantages in the agricultural sector. At the moment 44 out of the 270 projects, proposed and being implemented within the framework of the Advanced Special Economic zone, are food manufacturers with a total production capacity of up to one million tons. It is estimated that the total amount of investments into these projects will constitute 86 billion rubles.

At this point, three of the Advanced Special Economic zones, out of the 13 established, have an agricultural specialization. Two of them are located in the “most agrarian” Far Eastern regions – in the Primorsky Krai and Amur Oblast: these are the Mikhailovsky ASEZ and Belogorsk ASEZ, respectively. The Yuzhnaya ASEZ, created in the Sakhalin Oblast, also has an agricultural specialization. Apart from that, there will be 10 Advanced Special Economic zone projects realized with a more diverse specialization (such as the Khabarovsk ASEZ and Komsomolsk ASEZ in Khavarovsk Krai, the Kamchatka ASEZ and Nadezhda ASEZ in Primorsky Krai and the Kangalassi ASEZ in Yakutia); these will be in the agricultural sector with the total investment of 13 billion rubles.

Currently the major part of all investments is made in the Mikhailovsky ASEZ – according to the applications of 12 investors, at present, the total amount of investments amounts to 61.7 billion rubles. About 40 billion rubles will be invested by two anchor investors, who will be responsible for pig farming. The huge success was the fact that a major player in the agricultural sector Rusagro, operating in many Russian regions and earlier not interested in the Far East, was attracted as a resident to this Advanced Special Economic Zone. A subsidiary company of the agroholding Rusagro-Primorie, created in the Far East, is planning to build 10 pig farms with the productivity of 700,000 thousand pigs, and also a complex for producing animal feed and elevators. The total amount of investments by 2020 will amount to 22 billion rubles. The local company Merci Trade is keeping up with Rusagro, it is also building complexes that will hold a total of 700,000 pigs, investing nearly 20.3 billion rubles into its projects. The implementation of these two projects is expected to increase pork production 14-fold in the region by 2018, satisfy the existing needs of Primorsky Krai, organize large supplies to the Far Eastern Federal District, and in the in the long term, achieve enough production to export products. In addition to that, projects in the area of soybean and corn, milk and beef production will be implemented in the Mikhailovsky ASEZ.

Currently the Yuzhnaya ASEZ of the Sakhalin Oblast has one officially registered resident, who represents the same business-group that is operating in the Primorsky Krai – the Merci Agro Sakhalin. The size of the Sakhalin project is significantly smaller: there the company intends to invest 2.3 billion rubles into the creation of a second phase of pig farming complex for 62,000 pigs. However, in the near future other anchor investors should be attracted in this Advanced Special Economic zone, mainly from the regional players. The Sovkhoz Zarechnoye and Green Agro-Sakhalin Company are planning to invest about 4 billion rubles into the construction of two livestock farming complexes with total annual processing capacity of almost 20,000 tons of milk, and the Teplichny Sovkhoz will build a greenhouse complex at a cost of 1 billion rubles. These projects are important for Sakhalin, because they are aimed at import substitution and raising the level of food security in the region. Thus, it is expected that the region will be self-sufficient in locally produced pork by 67% (at present – only by 15%), milk – by 58%, and greenhouse vegetables – by 81%. These indicators are considered to be quite good, given the fact that nearly 75% of all Sakhalin food products come from the mainland.

Unlike the Mikhailovsky ASEZ, which was established to significantly reduce the deficit of meat production in the region, the anchor resident of the Belogorsk ASEZ focuses on an already developed area – soybean production. Amuragrocenter Company is planning construct a unique soybean deep processing plant in Russia, with the total value of investments reaching 1.1 billion rubles, which amounts to more than 70% of the total quantity of investments in this Advanced Special Economic zone. In addition to that, during the next two years, the first animal feed factory will be built in the Belogorsk ASEZ (Agrotechnologies Company will invest 334 million rubles and the Belogorsk Bread Factory – 18 million rubles). At present, the Amur ASEZ is facing the pressing problem of attracting of significant investors, however, the organization of even three production plants, coupled with the unique project of Amuragrocenter are quite good results.

Besides, it is important to note the large project in the Special Economic Zone (SEZ) in the Soviet Harbor of Khabarovsk Krai, where the Thai company Sutech Engineering is planning to build a sugar processing plant at a total cost of $200 million. The company intends not only to provide the Far East with sugar, but also export its products. This project will destroy the monopoly of the single and insufficiently large sugar manufacturer in the Far East – the Primorsky Sugar Plant in Ussuriysk. This new project is notable for several reasons. First of all, a large foreign investor will carry out the construction, secondly, the project will facilitate reanimation of the SEZ regime (which thus far was hardly developing in the Far East), thirdly, huge funds will be invested. Though this is only one project, it gives a great signal, encouraging other foreign investors to come in, and increasing the attractiveness of the Khabarovsk Krai in general.

In addition, the Russia-China Fund for Agro-industrial Development will also be assisting the development of the agricultural sector. The initial capital of the Fund has been set at 13 billion rubles, which consists of investments by the management company of the Asian-Pacific Agricultural Fund in the amount of 11.7 billion rubles, and investments by the Far East Development Fund of 1.3 billion rubles. It is expected that the projects will be financed mainly by Chinese partners – 90%, and the rest 10% will be provided by the Russians party. In order to protect the national labor market, it has been stipulated that no less than 80% of all the employees implementing this project should be Russian citizens, meanwhile, the share of the foreign employees will not exceed 20%. This condition will help create a sufficient number of jobs for the inhabitants of the Far East. Currently the Russia-China Fund for Agricultural Development is examining 27 projects with investments amounting to more than 190 billion rubles, these projects are aimed at the development of plant production (cultivation of soybean, corn, rapeseed), cattle farming (pigs, dairy stock) and the creation of agro-industrial infrastructure (creation of transshipment and storage capacities). The first projects that are being supported by the Fund will be presented at the Eastern Economic Forum this year.

Finally, the famous program “The Far Eastern Hectare”, launched starting in June 2016 in the Far East, permits Russian citizens to receive one hectare of land for free in one of the Far Eastern regions. If the land is developed successfully within five years, than the hectare will become the property of the participant of the program. The land can be used for the construction of housing, entrepreneurial activities or farming. The appearance of private farms at these “hectares” do not change dramatically the situation in the agriculture of the Far East, but will certainly help solve the actual local issues concerning providing the population with local products.

Thus, the Russian government has set high hopes for the implementation of projects in Advanced Special Economic Zones, which, among other things, are helping address the food security issues of the Far East. Many experts and government officials suppose that in the medium term perspective, the local product deficit is likely to be virtually eliminated, and food products in the Far East will become much more affordable. However, this process has just begun, and it is too early to guarantee the results. If we assess the current results, we can see that, at present, a great deal of work has already been done, though, the search for investors, including foreign ones, must continue, as the potential of existing projects is unlikely to change the current food supply situation of the Far East. The most attractive region in the Far East for agrarian investors remains the Primorsky Krai, and it will certainly continue increasing its agricultural production through new projects in the Mikhailovsky ASEZ and consolidate its leadership positions in the macro-region. Besides this, the agricultural development in the Far East might be stimulated by projects recently supported by the newly established Russian-Chinese Fund for Agro-Industrial Development, as well as by the mechanism of ASEZ.