The Geography of Demography

The New National Project against Population Loss in the Far East

In 2013, the Russian president announced that developing the Far East is a priority for the entire 21st century. This region sits adjacent to some of the world’s largest economies, and demographic development is a key objective for strengthening its socioeconomic development. 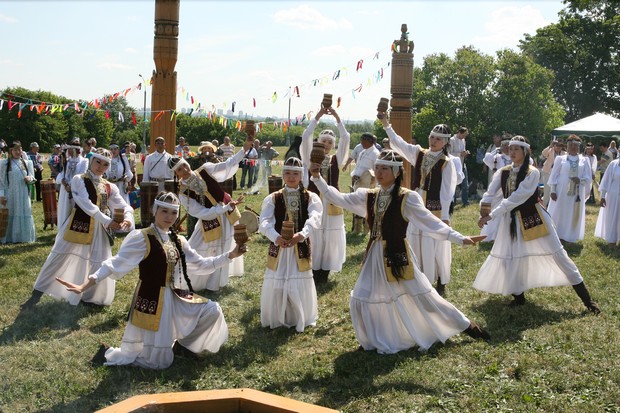 The foundations of demographic policy through 2030, after being prepared by the Ministry for Development of the Russian Far East, were recently put to the test during the All-Russian Conference of Demographic Development in the Far East held May 25–26 in Khabarovsk.

The main goal of state policy in the macroregion is to present a positive image of the Far East as a place for families with children, young people and students, retirees, and young professionals and entrepreneurs looking to invest in the future of the region.

According to Alexander Galushka, the Minister for Development of the Russian Far East, 2014 saw natural population growth in the Far East. The birth rate exceeded the death rate by 9,334 persons, and in just one year migration out of the region fell by more than a quarter.

“Improvements in industrial manufacturing and the appearance of modern, well-paying jobs have both played their part in increasing quality of life in the region. The Chukotka Autonomous District has shown the greatest rise in Russia’s industrial production output in the past year, reaching beyond 134 percent. More than a thousand new employees have moved to the region recently to keep up with the pace of job creation,” the Minister stated.

Senior researcher Leonid Rybakovsky from the Institute for Socio-political Studies confirmed that trends of population outflow from the Far East have stabilized in recent months. He also voiced his opinion in support of the demo-graphic policies developed by the Ministry for Development of the Russian Far East as both promising and forward thinking. However, in his opinion, it’s necessary to have a strategy that will take into account long-term factors affecting the region. According to Rybakovsky, such a strategy needs only three components to work: a migration program, a program for improving health and quality of life, and family support programs.

Rybakovsky also spoke positively about the establishment of priority development areas in the Far East, and he hopes that the whole south of the Far East Region will eventually be considered in similar terms. “The Far East needs to develop its economy using its own resources. For example, in the wood production industry, “round timber” originally intended for export ought to be put to work for the local economy by becoming building timber, furniture, and pulp and paper for local use.

The fishing industry in Kamchatka, Sakhalin, and Primorye should undoubtedly be reoriented toward the distribution of caviar in the central regions of Russia, instead of being exported to Japan. At one point, rice and soybeans grew in the southern regions of the Far East. During the Japanese occupation of Southern Sakhalin, the sugar beet was also harvested, and there were two or three sugar factories operating in the area. Utilizing these tried and tested agricultural industries to our advantage can help solve come of the region’s economic problems and improve its demographic situation,” Rybakovsky believes.

Assistant Minister of Russian National Health Care Services Tatyana Klimenko noted that the demographic problems associated with a declining population are relevant for the majority of developed countries. The solution to these problems, she believes, can take three different forms. First, through an increase in the birth rate. Second, by increasing life expectancy, and lastly, by controlling migration. A healthy diet and exercise, an active lifestyle, access to quality healthcare, and creating an environment for both the current and past generations can all have a positive impact on the dynamics of population growth, the Ministry of Health-care official believes.

In the research team’s report presented by HSE Professor Andrey Korotayev, several scenarios of demographic development for the macroregion were detailed. One

of their most interesting findings is that “to increase population in the Far East to 7 million by 2025 with-out migration is absolutely unrealistic.” According to the Ministry for the Development of the Russian Far East, the Far East Acres Program will be just one of the many tools used to attract people from other regions to the Russian Far East Federal District.

“The current demographic situation (the consequences of which we can see today) has been developing for decades,” the head of the Department of Philosophy and Culture at Pacific State University, Professor Leonid Blyakher stated. “I don’t think that there is a one-size-fits-all solution here, but every successful project brought into effect will gradually start to improve the area, and it’s possible that after a couple of decades the situation will change, meaning we’ll start to see people coming in more that we see them leaving.”

The Russian Public Opinion Research Center (VTsIOM), in partnership with the Ministry for the Development of the Russian Far East, has completed a large-scale study on the views of Russians regarding the Far East. Sociologists have used the study in their research into large-scale project ideas relating to the priority development of the Far East Federal District. In doing so, their goals echo and support the citizens who are affected most in the region, and they know which issues remain to be addressed.

An initiative that distributes free land in the Far East (currently in the public discussion phase) was sup-ported by 61 percent of respondents. Moreover, the study found that this project could do a lot to attract people to the Far East. Twenty percent of those polled admit that they would be interested in participating in the program and the opportunity to move to the Far East Federal District. And that’s every fifth inhabitant of the country!

“For us, this information is very valuable. The fact of the matter is that as far as Russian citizens in the 21st century are concerned, the provision of free land is a very attractive offer,” the Minister for the Development of the Russian Far East shared. VTsIOM gathered the statistics, and we got our answer—that is, 20 percent of Russian citizens means around 30 million people! Allow us to recall that the Far East is home to just six million people. We’d say that that is a pretty good indicator for the power this project has to potentially change the face of the region.”

Based on the findings and expert opinions of the Ministry for the Development of the Russian Far East, in the near future, the Demo-graphic Development of the Far East will be put into effect with consideration for the demographic development plans through 2030. 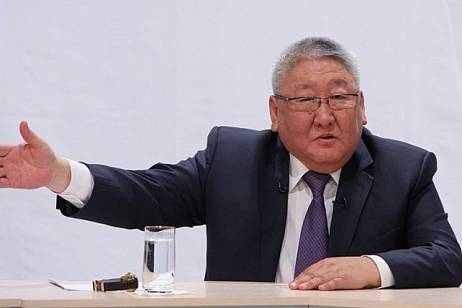 English “We will surely take advantage of these opportunities”