The Land of Luck

Kolyma is rich with gold: 30 tons of this precious metal are produced in the region each year. Kolyma is also rich with gold mining traditions: the first nuggets were discovered here a century ago. It is no surprise then that the central event of the region is also related with gold. This is the Golden Festival. 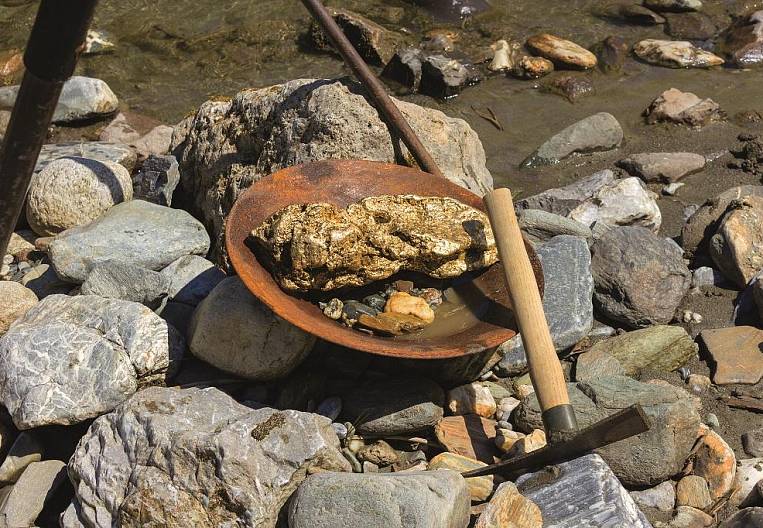 The most entertaining part of the Golden Festival is the Gold Miner's Luck all-Russian contest in gold flushing. There are no analogs of this contest in other regions. The essence of it is simple: one has to produce the maximum amount of the precious metal using ancient methods. For this, each participant is provided with a mining pick and a placer jig. The governor of the Magadan Region sends a signal flare into the air. This is the sign to start: the rookie gold miners pick auriferous soil and start to rewash it in semi-barrels, i.e. half barrels filled with water. The time for work is limited to 15 minutes.

The washed placer gold grains have to be put in cans and dried on an open fire. Then, it is time for blowing, meaning the gold grains have to be separated from soil fragments. The process is exactly the same as in the very beginning of gold mining in Kolyma. To make the participants able to complete all the stages, they are briefly trained by professionals prior to the commencement of the contest. Geologists and surveyors at their master class show how to use the mining pick and placer jig, and how to differentiate between gold and sand.

In the end, the produce of each gold miner is weighted using precision scales. The one who produced more than the others wins. The luckiest participant gets the grand prize of a million rubles. The rest of the money from the prize fund of 2.5 million rubles is divided between the winners of the next 4 positions. All the contest participants receive certificates of honor, and the winners get not only money, but also memorable trophies.

Every year, the number of aspiring gold miners increases. It is only in Kolyma that one can become a millionaire in 15 minutes. This year, applications for participation were submitted by 146 people, both from the Magadan region and from other regions of Russia. The selection was strict. Lucky tickets to the Gold Miner's Luck 2017 were provided to 80 people, including 63 locals, and 17 people from the Moscow, Nizhny Novgorod, Irkutsk, Belgorod, Krasnoyarsk, and Khabarovsk Regions, the Republics of Yakutiya and Adygeya.

This year, the prize remained in Magadan. The winner was Kolyma pensioner Yury Startsev, who tried gold mining for the first time. The former aircraft technician washed 2.47 g of gold and broke last year's record. Later he confessed to the journalists: he was anxious to such an extent that his hands were shaking. This is more of an advantage for a gold miner in any case... The victory was completely unexpected for the pensioner. Having become a millionaire, he learned from experience that: the contest is fair. It is a matter of luck, and if you are lucky, you win.

The silver and bronze medals of the Gold Miner's Luck 2017 were won by guests from the Irkutsk Region. For 2nd place, Gennady Usikov received a prize of 600,000 rubles, and Nikolay Nikonov, who lagged behind his compatriot by just 0.006 g, received 400,000 rubles. 4th and 5th places were assigned to Magadan residents Mikhail Kryshin and Andrey Goryuk. They received 200,000 and 150,000 respectively.

The atmosphere is always charged at such contests of luck and skill. And the authentic gold miners' camp on the shore of the Sea of Okhotsks cannot accommodate all the spectators. Thus, live broadcasting of the contest is arranged annually. One may also watch it online via the web-site of the Magadan Region's government.

Gold Miner's Luck has been held for just 3 years. But even in this short term the tournament has become popular throughout the country. The central TV channels send their correspondents to Magadan. This year, NTV journalist Andrey Shamin not only prepared a report, but also took part in the tournament. In addition: today, even media in the neighboring countries of Japan and China tell about the Kolyma contest in gold mining where ancient technologies are used. Thus, festival organizers have reasons to expect that the popularity of the contest will make it an attraction for tourists from other regions and countries. Besides, they expect that contests in Kolyma will promote the cancellation of the federal ban on Russian citizens producing placer gold.

Gold Miner's Luck is the most exciting and one of the most popular stages of the Golden Festival. The Golden Bicycle race that opens the event is equally popular. The festival program includes many other interesting events. Ocean launch tours from Nagaeva bay to Chirikova cape. Rafting on the Dukcha river to Gertnera bay. Horse riding for children and adults. Various exhibitions and theatrical performances. Gold miner's tea and fish soup for everyone. And for the finish, the gala concert of the 3rd all-Russian Kolymsky Chanson festival.

The Golden Festival is always open for guests. The atmosphere is very welcoming. The festival's organizers emphasize: it is not most important that Kolyma is rich in gold. The most important is that the people here are golden. 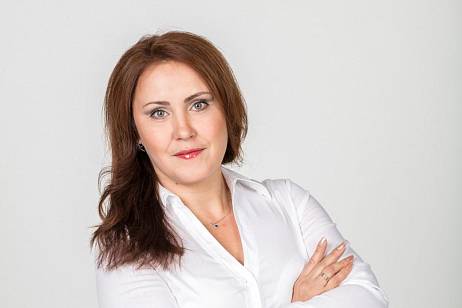