The Trans-Pacific partnership and its significance for Russia

The signing of the Trans-Pacific Partnership agreement was a landmark event that has a significant impact on the economies of its member states and their trading partners, changes the course of the integration processes in the Asia-Pacific region, as well as is capable of transforming the whole system of international trade regulation. 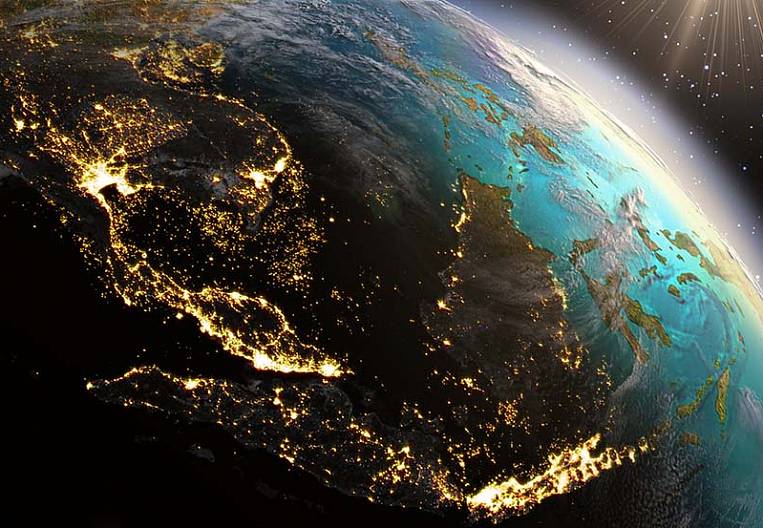 The execution of a mega-regional agreement in the Asia-Pacific region is not just the result of the targeted efforts of individual countries, but a reflection of external processes taking place both in the region and in the whole world economy. However, what does the TPP mean for Russia?

The TPP is primarily a free-trade agreement. It means that customs duties for 95–98% of commodity items will drop to zero. This number seems impressive, but the extent of duties liberalization should not be exaggerated. First, there are 42 existing free-trade agreements between the TPP member states, and together they cover about 60% of all the trade flows addressed by the TPP. Second, each country is granted an individual transition period lasting up to 30 years from the date of the agreement.

The TPP unites countries that account for 40% of the world’s GDP and 28% of the world’s trade. However, these countries are extremely different. Just two of them predominate both figures: The USA and Japan. The fact is that half of the member states (Brunei, Chile, Malaysia, Mexico, Peru and Vietnam) are developing countries, and their economic standards have a significant distinction from those of the more developed economies of the TPP.

The largest trade flow subject to the TPP, which is not regulated by previously established free-trade zones, is the US-Japan trade channel. As for the rest of the member states, the biggest beneficiaries of the TPP among those with a lesser share of the trade volume may be Vietnam (due to expansion of textile and footwear export), Brunei (due to greater foreign trade and economic diversification), and Malaysia (having the largest number of trading partner countries being added in the TPP area). The proliferation of US standards in investment regulation is also likely to stimulate the inflow of American investment into the TPP countries. For most of the countries, the downsides of the agreement have to do with the opening of domestic market for agricultural products, such as rice, meat and dairy products, and the issue of long-term pharmaceutical patents for countries that have been importing drugs and cannot produce their own ones.

The standard general equilibrium models show that for Russia the direct impact of the TPP agreement is minimal. The member states account for less than 10% of Russian trade turnover. Key Russian exports, hydrocarbons and defense industry products, in particular, do not depend on the preferences provided by the TPP. TPP countries’ exports to Russia are also quite unlikely to shift to other member states after the agreement enters into force. Most of the potential losses will be borne by Russian agricultural producers, who supply products to Asian markets. Nevertheless, this flow of goods is already not that big.

However, in this case the models cannot fully reflect all aspects of the TPP’s impact on the Russian economy. Russia has ambitious integration plans in the Asia-Pacific region. The implementation of these is impossible without accelerated development of the Far East and economic diversification. Based on the current conception, the plan is to develop regional production of goods with high added value for export to the Asia-Pacific region. These plans are somewhat threatened by the TPP. We, though, should not exaggerate this danger, as the main market for this potentially new Russian export is China, which is not affected by the TPP.

At the same time, the TPP gives Russia new opportunities as well. For instance, the agreement provides for preferences for products with at least 45% localization, so that bodes well for Russian industry’s cooperation with the TPP member states in bringing joint products to market in other member states on favorable terms. That is especially applicable to cooperation with Vietnam, which has a free-trade agreement with the Eurasian Economic Union.

Moreover, we should consider the TPP’s significance in a broader context. First, it is an element of a comprehensive American foreign trade strategy, aimed at creating new rules for international trade and for economic interaction as a whole. If the project is implemented, the rules will be made without Russia’s input. Given that certain provisions of the TPP – including provisions on state-owned companies, government procurement, intellectual property rights, etc. – conflict with the Russian economic model, the gradual spread of their rules around the world could become a serious challenge for the Russian economy.

Second, the TPP could fuel other processes and initiatives that have a direct bearing on Russia. For example, China could speed up its western advancement, a key element of which is the One Belt, One Road initiative. Negotiations on the Regional Comprehensive Economic Partnership (RCEP) are ongoing, and unlike with the TPP, Russia can take part in them, especially the growing support for comprehensive economic cooperation in Greater Eurasia. Finally, the TPP’s success may become an important incentive for a long-overdue reform of the WTO, which is in a protracted crisis.

Even though the TPP’s direct impact on the Russian economy is small, considering it irrelevant to Russia would be counterproductive. The TPP is an important part of a new world; and it is high time Russia thought about its place in it.