The utmost point on Earth

An important tool in Kamchatka development is the creation of Advanced Special Economic Zones (ASEZ). “For our region, ASEZ is not a trendy tendency, it is a vitally necessary thing. We need a clear picture of how to develop the territory’s economy, and that of the Far East in general. Kamchatka can offer a lot. First, there are our bioresources (fish, crabs, laminaria). Seconds is tourism. By creating an accelerated growth zone we have to take it to a qualitatively new level, so more people from our own citizens would be interested in it. And third, the mining industry in Kamchatka also has a huge potential – just to name the current investment projects for the Ozernovskoe and Ametisovoe gold ore fields devel-opment”, comments Yury Zubar, Deputy to the Head of Kamchatka Region government, department of transportation. 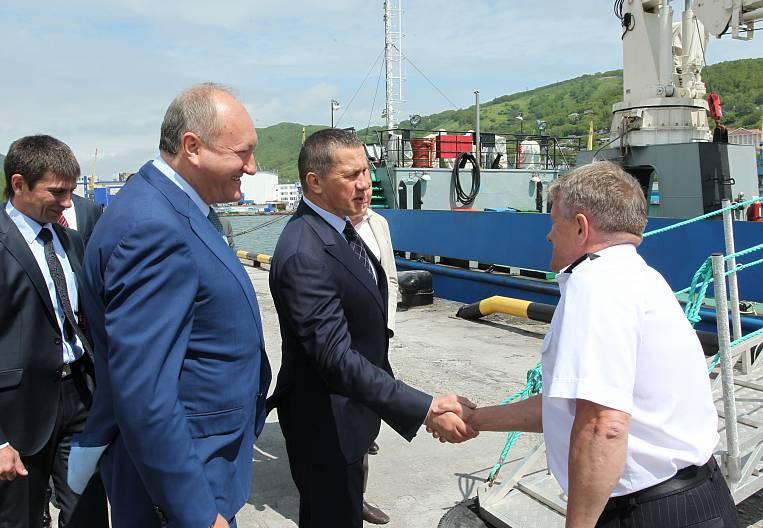 The sea port and airport refurbishing projects are the most important ones for the economy of the Kamchatka Region. They are the first to be brought up to date in terms of international standards and the region’s development aims and objectives.

Vladimir Ilyukhin, Governor of the Kamchatka Region, comments, “Our region is open to investment. The most pressing task is upgrading the sea port with its facilities, and the airport. Everything concerning Kamchatka transportation logistics matters. The construction of a modern sea port building in Petropavlovsk is already underway. The airfield complex refurbishing in the Region’s largest airport has just been finished, and we further plan to start passenger terminal construction within a state-owned and private-owned cooperation framework.”

The first stage of airport refurbishing to last till 2018 includes erecting a new international passenger terminal building with a capacity of at least 400 people an hour. In the further prospective (to 2035) more air transport development is planned. The crucial part of it will be creating capacities to accumulate, store and relay enough aircraft fuel to meet the demands for transit aircraft refueling.
The Petropavlovsk-Kamchatsky sea port modernization foresees an increase in top cargo turnover to 8 mln tons a year and the additional development of sea cruises through the construction of fitting docking facilities and other infra-structure.

Yury Zubar adds, “Our ultimate goal is making the Petropavlovsk-Kamchatsky sea port the eastern base for the Northern Sea Route (Sevmorput). The port has access to the Pacific Ocean, as the bay is convenient, large, deep and easy to reach.”

The prospects of the Northern Sea Route are closely associated with the future of the fishing indus-try as well. Vladimir Ilyukhin explains in detail,  “Our Kamchatka fishermen provide for almost  24 of the total amount of fish produced in Russia: almost a million tons a year. And these are quality goods well worthy of being served in Russian homes. However, the route is not as easy as it seems: fish has to be produced, processed and shipped to the country’s central regions. And that’s where problems start. Our aim is producing the volumes set by scientists for fishing, process it and deliver quality goods at competitive prices. The transportation issue in all this process is certainly the most difficult one. The best option for us is shipping the fish along the Northern Sea Route to St. Peters-burg, and from there – to other Russian cities. We used to have difficult price negotiations with the ice breaker fleet. The position the federal authorities assumed allowed us to solve that problem; however, there are still obstacles in the way. I hope, in the coming year we will manage to establish regular direct shipments of Kamchatka fish to the European part of the country”.
The tourism and recreation part of ASEZ will include the construction of “Paratunka” and “Zelenovskie ozerki” resorts as well as other projects that will allow increasing the tourist flow to the region to 100 thousand people a year with a further option to increase it to 800 thousand a year.

Apart from that, the “Zelenovskie ozerki” and “Nagorny” sites will receive up-to-date all year round greenhouse complexes and other agricultural facilities.
Yury Zubar adds, “Thermal tomatoes grown in Kamchatka smell like proper tomatoes – because they’ve just been picked. Currently the share of such farms in the region is quite humble, so we need to improve the conditions in which agricultural producers work, and, more importantly, bring down the production costs. Now we are planning to build a dedicated vegetable farm in Zelenovskie ozerki. The farm will have about 8 hectares of greenhouses at the initial stage”.
13 anchor residents confirmed their participation in projects to be developed at different sites, these include the construction of an aquatic park at the “Lesnaya” site, of “Tuluatch”, “Zelenovskie ozerki” and
“Alye Parusa” recreational centers; the construction of an airstrip for small aircraft in the Nikolaevka settlement, modern greenhouses and a number of other projects. The cur-rent volume of private investment at the first construction stage amounts to over 28 billion rubles. 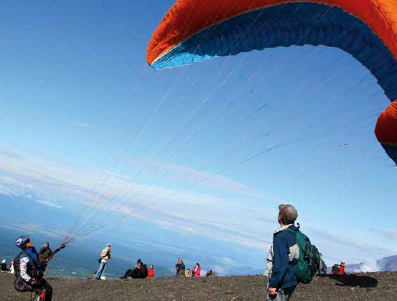 The Kamchatka government has been approached by several dozen other potential residents, including foreign ones, who are willing to become shareholders in large investment projects.
“Asian and Pacific countries are the most interesting partners for us. We are gradually improv-ing cooperation with them, there is already positive experience”, adds Vladimir Ilyukhin, “Our side of the deal is creating an infrastructure providing for all these projects – 8.4 billion rubles of state investment at the first stage. Implement-ing these plans will allow us to create more than 3000 new jobs, and when comprehensive development of the whole territory starts – up to 8000 jobs”.

Thus, the ASEZ Kamchatka will result in the formation of a tourism and recreation cluster, modern industrial and production facilities, and – in farther future – a transit sea hub for container shipments along the Northern Sea Route. The ultimate social and economic result will be modern resorts and enterprises with a share of foreign investment, that meet international demands, simultaneously allow-ing Russia to strengthen its position on new growing Asian markets.

“The ASEZ Kamchatka has several sites due to the unique properties the region features. So far, this is the only accelerated growth zone in the Russian Far East. We hope that further efforts accelerate development across the whole Kamchatka peninsula”, comments Marina Subbota, Deputy Head of Kamchatka government, department of economy.
At the East Economic Forum in Vladivostok the region will introduce projects that will become part of the ASEZ Kamchatka, along with pork breeding agricultural projects and the construction of an ore production and processing plant near the Ozernovskoe gold ore field, creation of a tourist and recreation cluster and the erection of the Zhupanovskoe hydro-electric plants cascade.
“Currently we are constructing new and modern mining and processing works and reclaiming new fields and deposits. In the next 5 years we expect to increase gold mining four-fold, reaching 10 to 12 tons per year. These indicators will be significant for us. However, we have to stay conscious of the natural beauties of Kamchatka, preserving them for future generations”, summarizes Vladimir Ilyukhin.
Теги: Kamchatka Vladimir Ilyukhin Advanced Special Economic Zones ASEZ
Читайте также:
string(22) "Стандартный"