"Everything Will Shine During the Second Five-Year Period"

It is not enough just to pass laws if we want measures supporting Far Eastern investors to take full effect. What instructions does the Government need to give state corporations to increase the flow of investments into the ASEZ Komsomolsk? Why do we need to extend the borders of the ASEZs and the Free Port? And why does the Far East require a special approach? First Deputy Prime Minister for Investment and Priority Projects of Khabarovsk Krai Government Yuri Chaika explains. 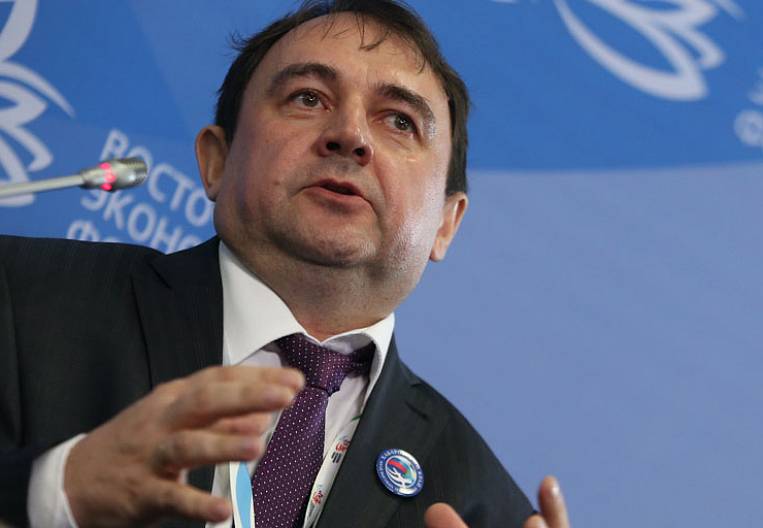 – Since 2015, there have been two Advanced Special Economic Zones in the region, Khabarovsk and Komsomolsk. Have investors occupied them?

– Residents are gradually arriving, though not as intensively as during the "first wave". Twenty-five companies have already acquired resident status. The Khabarovsk ASEZ, with its Avangard Industrial Park, complete with all the necessary infrastructure, is definitely the most occupied. The Industrial Park is running at almost full capacity, about 90 percent. Most of the ASEZ residents who have started working and making products are there. This is easy to explain as it was initially a brownfield site. The parts of two ASEZs that were greenfield are still undergoing infrastructural planning.

– But is something happening there?

– A water supply and drainage system is being designed at the Rakitnoye site in the Khabarovsk ASEZ. The area draft plan was recently approved; this allowed us to start designing the infrastructure. As for residents, this document granted them the right to choose plots and start designing their sites. Some residents are already working. Rakitnoye is 50 percent full. There are still people who want to join the Khabarovsk and Komsomolsk ASEZs.

– Is that why the ASEZ borders are expanding?

– Yes. In December, we received an approval to create the Nikolaevsk ASEZ and expand the Komsomolsk ASEZ to the Kholdomi Ski Resort and the agricultural industrial cluster. There are some real projects there. Two production facilities are being upgraded in the agricultural cluster; a new meat processing plant will be built. This resident initially wanted to join Parus, but their facility required that big buffer zones were built around it. Therefore, we decided to segregate food production, so that Parus could remain a high-tech area. Kholdomi needs a snow system and hotels. It's a good base, including for training the Olympic team.

– How many potential ASEZ residents are there in the region?

– About 30. The approach to residency is simple: the investor assumes all the risks, including financial ones, and the regime imposes as few restrictions as possible. The same applies to the Free Port. However, the ASEZ approach is stricter: we build infrastructure for investors; they need to be aware of this.

– Have any projects failed? For example, Energy Group: I haven't heard anything about them, although they were one of the first to join Komsomolsk.

– I'm in touch with them all the time. The company is agreeing its contract price terms with its supplier. In fact, the system of cooperation is only being developed for those companies who aim to outsource some functions with large companies, state corporations, whereas the former used to play by their own rules. Now their internal localization agenda encourages them to let someone else manufacture some of their products. And we are manually processing such matters. Energy appreciates long-term contracts.

– We have our own budget restrictions. Unfortunately, Far Eastern constituent entities don't have any available budget surplus to sustain guarantees, or raise expenditure commitments; even more so as any guarantee is not free. Indeed, we want to work with investors who won't ask for guarantees. We see investors as those who either have their own resources, or who know how to get them without any external help. This story has already ended. But the need to secure long-term contracts remains, not only for Energy.

– Are there any new players?

– The new integrated development plan for Komsomolsk-on-Amur has been adopted; it includes activities to localize production of the United Aircraft Corporation. The localization plan is quite substantial: staff-hours and volumes have been calculated. The Komsomolsk ASEZ will work if all these provisions work. A weak point is the lack of a mechanism that would facilitate securing long-term direct contracts with ASEZ residents. An initial project requiring amendments to the Federal Law was drawn up by the Ministry for the Development of the Russian Far East (Minvostokrazvitiya) and approved by the United Aircraft Corporation, but it was not approved by the economic bloc: for some reason, they decided that exemption of ASEZ residents from following competition procedures did not constitute a market mechanism. Now, the second wave of approving directive has started, regarding orders from the Russian Federation Government to state corporations. We will find a solution anyway, because the only solution suitable to ASEZ residents seeking involvement with state corporations are long-term contracts releasing them from annual tenders with indefinite outcomes.

– Is this type of risk not an integral part of any business?

– The guarantee that investments will be returned is necessary. Whether an investor wins is the biggest risk. Those already operating in the market usually win without any investment. But this will not enable them to build a new plant. Getting your investment back is a basic condition for starting new hi-tech investment-intensive projects. Long terms are required by the financial economic model of project implementation. Our position is that it is necessary to let people get back their investments, achieve their main goal. We could find an approval mechanism for long-term contracts within the ASEZ regime, for example, by the ASEZ Supervisory Board.

– Is this the only factor hindering the inflow of residents to the Komsomolsk ASEZ?

– Another problem is the absence of production facilities. Here we have chosen the path that was successful in Khabarovsk Krai: creating industrial parks. The same investor who created the Parus Industrial Park in Avangard is joining the Parus site as a resident. The main philosophy is building production facilities. The investor will build, while we will provide organizational and financial help to make it all happen.

– There are more and more ASEZ residents. Are you already estimating contributions to the budget?

– We are estimating ASEZ efficiency based on business plans. We have registered almost all the promised taxes. It is clear that the first several years of ASEZ development will have hardly any positive effect on the budget. They will end with zero profit or even place a certain burden on the federal budget, in terms of compensations for income shortfall of insurance funds. Those are our expenses, even if we don't build the infrastructure. Of course, we need to reach an efficiency that would enable us to cover these expenses. We are confident that ASEZ is an efficient mechanism. However, it is clear that it will only "shine" in the second five-year period. Residents will already be paying half of their taxes, there will be new jobs and the market will be easy to understand.

– Has anyone counted the approximate profit for an ASEZ investor?

– We took into account average project values, not maximum ones. As for VAT, in some cases residents pay it, while in other cases they do not. So, we didn't count it. It is clear that taxes are inter-dependent: as soon as the property tax is paid, the taxation base reduces, therefore reducing profit. There are many inter-dependent variables. Nevertheless, if an investment project costs two billion rubles, at least one billion will be reported as a permanent asset. This gives a basis for property tax, i. e. 2.2 percent, or 22 million. We assume a profit of at least 10 percent of investments a year. Therefore, we can calculate that an investor saves around 60–70 percent on taxes, which can amount to 20 percent savings for investments.

– Does the Free Port regime differ in terms of profit?

— It does in terms of taxes. Because the Khabarovsk ASEZ sets a slightly higher property tax for the second five-year period, while in the Free Port it is only 0.5 per cent. In addition, land tax is lifted for the first five years in the Vladivostok Free Port, but for three years in the ASEZ. But the ASEZ certainly has more advantages for investors who need infrastructure: you save on pipes, power and other utilities from the very beginning. It is difficult to compare them. I think that the ASEZ has more advantages, but more localized. The Free Port, if, as we expect, expands to Khabarovsk and Sovetskaya Gavan City District after the Duma spring session introduces amendments to the law, presents an opportunity to disregard any kind of borders.

– Is Khabarovsk Airport going to be included to the Free Port?

– Yes. Why is Khabarovsk so important for us? Because an airport providing an eight-day visa-free regime brings tourists in. It makes the city more attractive in terms of tourism. In case of Sovetskaya Gavan, we are balancing neighboring areas that de facto have no borders between them: in Vanino, the Vladivostok Free Port regime has been in effect since last summer. We have already evaluated the effect of the Free Port: we expect 200 billion rubles in investment. Three projects that have been recently registered will bring in more than 50 billion rubles in investment, they are major projects, and, believe me, they are doing huge work. They are transporting millions of tons of soil and building roads. We have to help them. It will be great if it is all successful and works. They will get their investment back in five years.

– So, at the moment, there are no federal issues apart from the Federal Antimonopoly Service position on long-term contracts?

– Any issues are mostly of a regulatory nature. One issue is that we are asking to lift export fees on sugar cane for a 200 million sugar-mill project to be built by the Thai company, Sutech Engineering. But we have not yet managed to convince the Ministry of Agriculture. Their position is that we have a common customs space. If we can't amend customs legislation, how can we enhance the project's return on investment? Deputy Prime Minister Yuri Trutnev has ordered the development of measures to support sugar manufacturers in the Far East, but it has not been fulfilled yet. This is the common approach in our government's economic bloc: you cannot grant preferences to someone and break the competition law. We have a different approach.

– That the Far East is special?

– It is special, but not because its people are special. It is because the conditions are fundamentally different. There are no other areas like it in the world, although Canada and Australia may have some similarities. But the combination of size and having a neighboring country with a billion people is totally unique in the world. It is clear that, to develop the Far East's potential, to use this competitive advantage, we need people to live here, we need investments to flow in. It will not work otherwise.

The Silver Smelt festival took place for the 12th time on the ice of Sovetskaya Gavan bay.