Exporters go to the ASEZ

Advanced special economic zones of Russian Far Eastern regions is provided by creation of a whole set of tools that clear the way to businessmen and investors. Tax reliefs, custom procedures simplification, governmental attention… Worked out regimes of Special Advanced Economic Zones (SAEZ) and Vladivostok free port (VFP) turned out to be very sought by exorters

Why ASEZ or free port regimes are valuable for exporters? In fact, no special measures that concern production export exclusively and specifically are provided by these economic regimes. There are some private measures that, of course, optimize foreign economic activity. 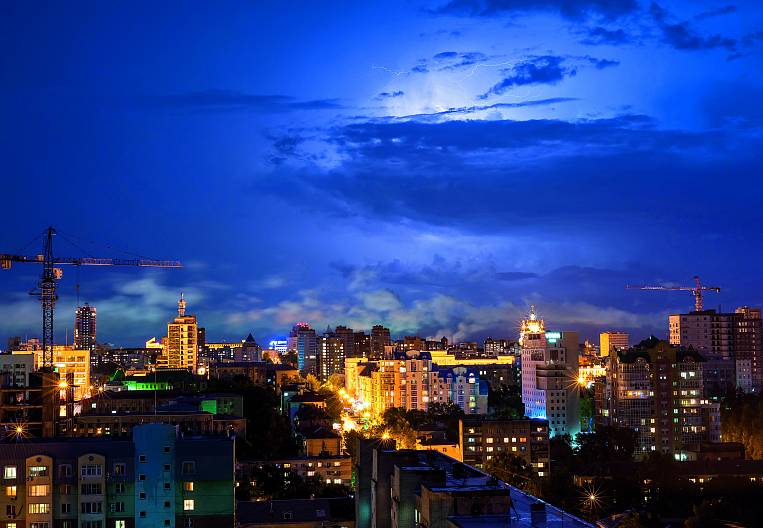 Фото: shutterstock
Among them is an opportunity to create a duty free zone (DFZ) at a residents’ enterprise; it allows importing equipment and goods for processing on a customs-free basis and then exporting products. Very important for export and import operations became Vladivostok free port norms that oblige border checkpoints of Primorsky Krai to work 24/7. However, these economic regimes are to boost investment and business operations at the Far East, but export is rather an objective motivator for investors to come to the Far East.

Alexander Galushka, the Minister for Development of the Russian Far East, believes that the created system of development mechanisms and institutions is aimed to increasing freedom for economic and business activity, profitability increasing and cutting of macro-region investment risks.

ASEZ as well as Vladivostok free port enable business to significantly improve its economic model when working at the Far East. In addition to widely used benefits for optimizing income tax and property tax, these regimes offer such advantage as optimization of social payment to salary fund. Residents for a term before 10 years pay insurance contributions amounting to 7.6% instead of 30%. This provides a significant saving especially for projects where highly skilled and highly payed stuff work.

Alexander Kutikov, Deputy Minister for the Development of the Russian Far East, says that ‘attractiveness of Advanced Special Economic Zones is provided by 3 elements. First, tax reliefs. Second, infrastructure availability. Third component is a special administration system for these territories. This system is based upon a simple idea: investor is always right’.

Note, that all companies, from small to big ones, are able to demand this support after obtaining a free port or ASEZ resident’s status. Minimal investment ‘limit’ is 500 thousand rubles for ASEZ and 5 million rubles for free port. Besides, the right to demand benefits is granted to new companies and start-ups, as well as to existing enterprises that invest into technological modernization or output expansion. Experience has shown hat small and medium business really starts using benefits: among residents there are companies where only 10-15 people work.

Khabarovsky Krai is a region with the most developed industry among the Far Eastern Federal District. It seems that this should automatically make high tech products the main export item. However, statistics show that the major share of export at Khabarovsky Krai is still related to its natural resources: timber and fish processing products, fuel and precious metals. Anyway, regional export quality is growing every year:  raw materials comprised 45% in 2013, but in 2016 their share is only 35%.

According to customers’ statistics, during last four years, every three months Khabarovsky Krai exports products for 250-400 million US dollars. The exception was the final quarter of the last year when export volume raised up to unprecedented 670 million US dollars. But despite this breakthrough, the region failed to overcome the  mark of 1% of total Russian export volume.

From Soviet times in Khabarovsky Kray there are big enterprises producing engineering products: military and civil airplanes and ships, metallurgic products, equipment, including electronic and optic one. According to the end of 2016 statistics, the regional industrial share within total volume of shipped products is over 29 %; the greatest proportion belongs to machinery and metallurgical complexes (85 % and 12 % respectively).

What is why the main supplier of export industrial products is the Defense and Industry complex of Khabarovsky Krai (60 % of shipped products in region accrue to it). Export contracts are executed by Komsomolsk-on-Amur aircraft manufacturer and a branch of Sukhoy Civil Aircraft Company (both belong to Sukhoy Group). Products of PJSC Dalenergomash, Amurmetall, Ltd go to foreign markets. Vympel Amur Ammunition Factory, Amur and Khabarovsk shipbuilding plants export too.

At timber processing industry there are several enterprises that export lumber as well as sawn wood, veneer and pellets. Export product of advanced processing that is considered as a trademark of the Far Eastern taiga and is very valuable at foreign markets is fir oil.

Dalkhimfarm Chemical and Pharmaceutical Plant is the single Far Eastern producer of ready medicines, one of the oldest enterprise. Dalkhimfarm produced over 200 medicines and boasts a long-term experience of exporting to the CIS countries, Mongolia, Japan and USA. In particular, a unique eleuterococcus extract produced by Dalkhimfarplant is very popular at foreign markets.

Another medicines’ exporter is Rider, Ltd.  The enterprise’s specialty is production of essential oils, Florentine water, harvesting and preserving medical raw materials from plants growing at the Far East.

At construction complex of Khabarovsky Krai non-flammable thermal insulating materials production if aimed for export; several big enterprises produce them. Also, building piles made by regional plants are in demand abroad; broad-bladed piles are for thawed soils and narrow-bladed ones are for permanent frost.

Light industry of Khabarovsky Krai can also boast with its exports products. Pauline Company is a big Russian manufacturer of wedding dresses and evening outfits, kids clothes; it was founded in 2000. Pauline dresses are presented in boutiques in over 50 Russian cities, as well as in Ukraine, Belorus and Germany. 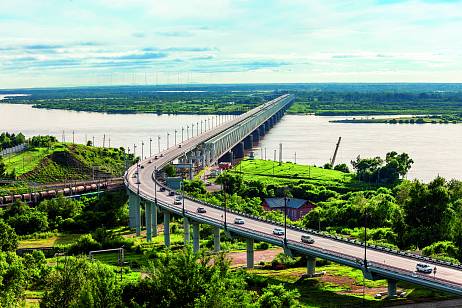 English The Land of Seven Wonders