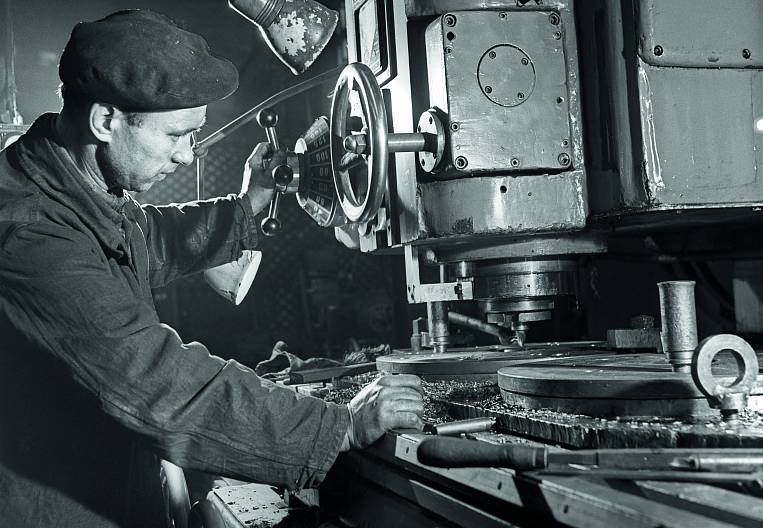 “On May 9, 1932, I woke up early in the morning and dragged ice into the cellar.  Then our family gathered to have breakfast. The sun rose over Pivan Hill. You could see it clearly from the window. We heard a horn – that is how the Columbus (the ship) greeted us. Only boys came, not a single girl. Some from Kiev, others from Odessa, from so many places... Started setting up tents. At 4 p.m., the river-ship Ilyich pulled in. Bosses arrived. The next day, they organized a rally. Kattel (Head of Construction) talked about building a city and a shipyard.” That is how Maria Ivanovna Svistunova (Boromotova), who lived in the village of Permskoye at the time, remembers the construction of the country's future defense outpost in the Far East, Komsomolsk-on-Amur.

They started building the city on the site of the village of Permskoye; the latter was founded in August 1860 by the settlers arrived from the Perm Province.

A year passed from the day when the first builders arrived on the shores of the Amur River. Those times, they had built more or less acceptable housing for the workers (huts held together with clay, dugouts and barracks), and the basic social facilities. In addition, they had uprooted 255 hectares of taiga, drained 13.5 hectares of swampland, and laid 29 km of roads.

“...I am so happy about your success. Greetings to you and to the whole team of workers and engineers.” That is how People's Commissar for Industry Grigory Ordzhonikidze congratulated the workers of the Komsomolsk-on-Amur aircraft factory by telegram on manufacturing its first airplane. It was the multi-purpose reconnaissance and bomber aircraft, the R-6, designed by Andrei Tupolev. That is how the production history of one the most modern and advanced companies in our country began. Today, it produces the world's best combat and civilian airplanes.

The company has been operating for more than 80 years and has produced several thousand military aircraft: one of the most famous planes in the world, the MiG-15s; no less important is the outstanding achievement of the Sukhoi Design Bureau, the SU-7 line of aircraft. It is the only factory in Russia, which produces one- and two-seat modifications of the SU-27 fighter aircraft.

In 2013, Komsomolsk-on-Amur saw the threat of an unprecedented flooding. In the city's history, until then completely without natural disasters, nothing like this had ever happened before. The water level of the Amur rose to the high point of 9 m 12 cm. Those days, in August and September, thousands of citizens worked on the dams to save their hometown.

Emergency Service workers and military personnel involved in the rescue operations said that they had never before witnessed a surge in patriotism similar to that in Komsomolsk-on-Amur, though lots of them had already seen their share of natural disasters both at home and in other parts of the world.

2,890 people were evacuated from the flooded territories; 1,000 of them were housed in the 26 temporary shelters set up during the days of the flood. The flood victims received over 45,000 food rations.

The waters flooded 75 apartment buildings and 1,283 private houses. The final count of the local residents affected by the flooding totaled 15,900 citizens.

The struggle with the elements lasted almost two months. Finally, the Komsomolsk locals, with the support of military service members, the fighters from the Emergency Ministry and the local and federal governments, withstood it and won a victory. Practically the whole town and its major institutions were spared from the water. Although many locals were engaged in fighting against the flood, it had no effect on the work of local businesses. They all continued to operate and produce excellent products, creating modern military equipment that strengthened the country's defensive potential. In 2013, industrial production in the city rose by 120%.

2015. A submarine produced and renovated by the Amur Shipbuilding Plant received the honorary title “Komsomolsk-on-Amur”

In July 2015, Viktor Chirkov, Chief of the Russian Navy, ordered to confer the honorary title of “Komsomolsk-on-Amur” to the diesel-electric Project 877 submarine “Varshavianka”.

The submarine was built by the Amur Shipbuilding Plant in 1991. Through 2003, it had been carrying out assignments as part of the Pacific Naval Fleet. In 1997, it participated in international arms exhibitions in Vladivostok, Thailand, and Malaysia. In 2003, it was transferred for repairs to the port of Bolshoi Kamen in the Primorsky Krai before being moved to the Amur Shipbuilding Plant in Komsomolsk-on-Amur.

Its re-launch took place on April 29, 2016, at the launching area for refit vessels belonging to the Amur Shipbuilding plant, a subsidiary of the United Shipbuilding Corporation.

An agreement was signed between the city and the Pacific Naval Fleet Command for patronage of the crew of the submarine.

The naming of a military vessel, “Komsomolsk-on-Amur”, is quite symbolic.  The city of Komsomolsk-on-Amur has stood guard for 84 years in defense of the country. During this time, its inhabitants have built thousands of military airplanes, hundreds of military ships, and made other types of military products. The Amur Shipbuilding Plant, in the 80 years of its history, has produced over 300 units of ships of different types, around 200 of which for the Navy; they have built thirty types of ships, both for military and civilian use. It is largely due to the shipbuilding plant that Komsomolsk-on-Amur has become famous as an industrial center in the Far East.