What about offering a free yogurt to the gloomy residents of Komsomolsk-on-Amur, who are rushing to work early in the morning? Just like that, for no reason... No problem! Reciting poetry to a guitar in the streets or praising the beloved Komsomolsk-on-Amur in social networks? We can do that, too! As well as a yard landscaping competition and many other flash-mobs and projects. A video report follows each event, and it is no exaggeration to say that all the citizens highly anticipate them. Responsible for all these is the 2key creative team, which unites young people of the City of Youth under the motto “We are to live here!” Ilya Serykh, founder and main inspirer of the project, told us about the project and the Komsomolsk youth. 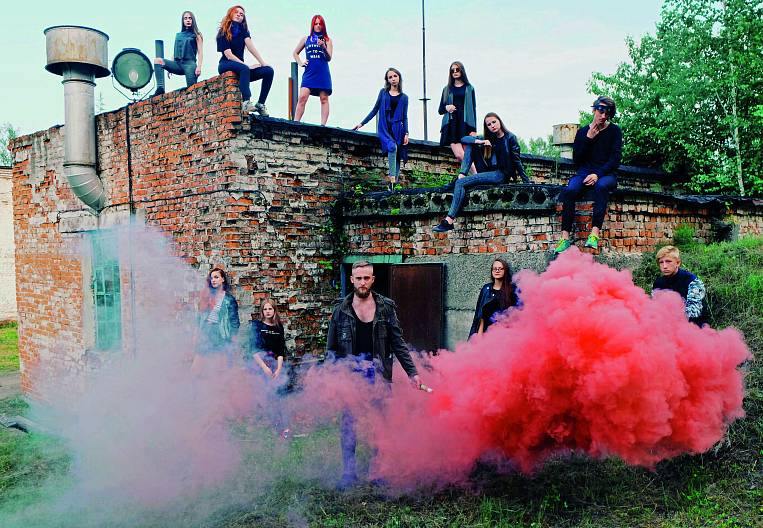 - Ilya, how did you come up with the idea of the 2key project?

- I work at the Gagarin Aircraft Plant (PJSC Sukhoi branch), and there we organize all kinds of events for young workers. That is where I got the idea to “climb the fence” and bring together a team of active young people in our city and, using the existing experience, carry out a series of interesting events and projects, as well as create a positive information field, using the potential of beginner bloggers in social networks. This spring, the Creative team, also called “2key”, was born.

- 2key involves all ambitious and proactive young workers of various enterprises and organizations, as well as university and school students.

- What projects have you already done? What are they about?

- We have started activities in social media: regularly shoot positive videos and spread them through our channels in YouTube and Instagram. Besides, we have organized a festival of office games and entertainment and a paintball championship. We are trying to make people smile more often.

- What are your plans for the future?

- We are considering a number of events, the most important of which is the INSTAYUNOST Social Networking Conference. It will take place in Komsomolsk-on-Amur on November 25–26, 2016.