“We will surely take advantage of these opportunities”

– Mr. Borisov, you lead a region of Russia that boasts a wealth of natural resources and a very high potential for economic development. What are your thoughts on the benefits of Russia’s cooperation with its Asian neighbors given the current political atmosphere? 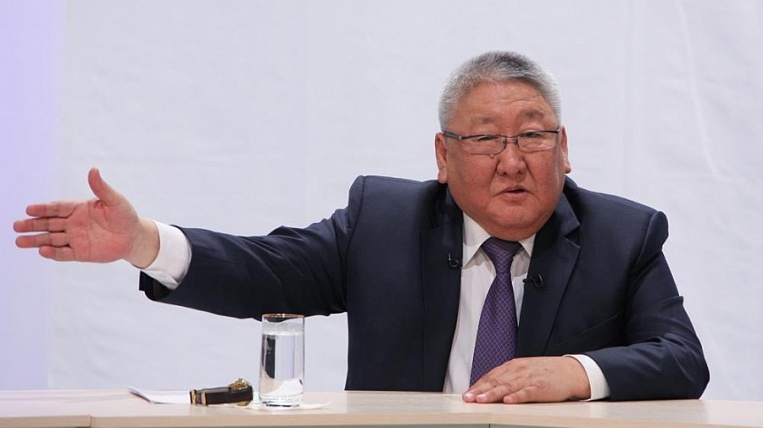 – In recent years, Russia has been involved in talks with various Asian countries, and our relations with China have reached a new level. Changes in economic policy and a reorientation of Russian foreign policy in the Asia-Pacific region will be powerful stimulation for development in the Sakha Republic and the entire Russian Far East in the near future. Yakutia has been building relations with countries in the Asia-Pacific region since the 1990s. During this period, we have learned a lot about partner-ships with Asian countries. The current political situation opens up new possibilities for expanding and strengthening cooperation between our countries, and we will certainly take advantage of these opportunities. We will be happy to demonstrate our investment and economic potential to representatives of companies from the Asia-Pacific region at the upcoming Eastern Economic Forum. I’m sure that our projects, as part of the forum, will boost a great interest of Asian business circles.

– What are sthe benefits of an advanced special economic zone?
– As a part of this progressive area of socioeconomic development, the Republic of Sakha (Yakutia) was selected as the site for the new ASEZ “Kangalassy Industrial Park”. The ASEZ aims to create a dynamic space for developing the construction, insulation, composites, paint, and plastic industries using the ready availability of local raw mate-rials. Thirteen agreements have already been signed with key investors. The number of Russian and foreign companies trying to invest in the project is also growing. Since the adoption of the new status, total investment has topped 1.3 billion rubles to date, 1.1 of which came from private investors. By taking advantage of anchor projects over the next 10 years, the area will be able to generate around 9.3 billion rubles of added value and earn more than 2 billion rubles in tax revenue (based on the basic conditions of the status).

– How are things coming along with the Republic’s important infrastructure projects, such as the bridge construction across the Lena River? What about other large projects in the transportation, communications, and road construction industries?
– Transportation projects are among the most significant infrastructure projects for Yakutia. After all, it’s the trans-port network size itself that ensures the proper development of any type of business. For our region, the most import-ant infrastructure project to help grow and support year-round transportation accessibility is the bridge building project across the Lena River. Its completion will be an important accomplishment for the development of a large transport and logistics center and it will also play an integral part in creating an interregional route with access to the Northern Sea Route. Plans are currently underway to attract private investors. Industry leaders in China and the Re-public of Korea have already shown serious interest in the project. We expect to begin construction on the bridge near the city of Yakutsk under concession terms, with project design starting in 2016–2017 and construction wrap-ping up in 2022. This is not just a financially advantageous offer for investors but also a great opportunity for them to showcase the quality of the work under unique climate conditions. In addition, in the nearest future, we are planning road reconstruction in Yakutia and will move forward with the planned reconstruction of the Lena, Kolyma, and Viluy federal highways.

– What major state-funded investment projects are the most important to develop in Yakutia today? Besides those involving raw materials, what types of projects in the region are planned to be launched in the near future?
– Yakutia has traditionally attracted investors mainly for the development of mineral resources. Our main challenge today is to promote projects in other industries. I’m talking mainly about trans-port logistics, social and agribusiness projects. The role a bridge across the Lena River plays in these plans for the socioeconomic development of Yakutia can’t be stressed enough. We plan to have the project completed by the 100th anniversary of the formation of the Yakut ASSR in 2022.
Social projects for the development of medical and educational infrastructure are carried out through public-private partnerships. Yakutia has recently become a leader in the Far East in terms of the development of these partnerships. In July, the Government of the Sakha Republic and the Management Company “Mercy Invest Group” signed a memorandum of intent to implement investment projects in the agricultural indus-try. The building of a new pig complex with a capacity of 54,000 animal units in the Megino-Kangalassky municipal district will become the largest project in the agro-industrial industry in the history of Yakutia.

– Are there any projects that are ready to be put into effect and are just waiting for their investors?
– Of course! Currently, there are raw material projects and others awaiting financing. For example, the “Manufacturing Complex for Hydrocarbon Processing in Aldan, the Republic of Sakha (Yakutia)” project will help enable Yakutia and the Far East to improve their position in the petrochemical market. Construction of Pokrovsky, the first and most northern advanced greenhouse complex in Russia, will also provide residents of Yakutia with fresh and locally grown vegetables year-round.

– What are the current projects that have been put into effect by attracting foreign investment, and what are your immediate plans for cooperation with foreign investors?
– In one way or another, all large projects are made possible by attracting foreign investment, for example, development of the Chayanda oil and gas fields, with reserves of more than 1 trillion cubic meters, and construction of the Power of Siberia gas pipeline; development of other oil fields and full loading of the Eastern Siberia-Pacific Ocean oil pipeline; development of the Elga coal field, with its high quality coking coal and total reserves of more than 2 billion tons of coal. As I’ve already mentioned, we will start to carry out the bridge build-ing project across the Lena River with the help of foreign investment in the near future.

– What role do Arctic regions play in the development of Yakutia’s economy?
– 2014 was considered the Year of the Arctic in our Republic. The Arctic zone of Yakutia contains large deposits of oil, coal, gold, diamonds, and rare metals. In the northwest of Yakutia, the Tomtor rare metals deposit has been found to contain commercial concentrations of titanium, niobium, yttrium, scandium, and a large number of rare metals. The deposit’s total resources are estimated at 154 million tons of ore. In 2014, Industrial Vostok Engineering won a bid for the right to use the “Buran” Tomtor deposits for the exploration and production of niobium ore, rare metals, and scandium and its minor components. They have plans to satisfy the entire Russian market demand for rare metals by 2017.
In the West Anabar area (Anabarsky District), Tuymaada-Oil has obtained the rights for the study, exploration, and production of petroleum. The main portion of oil produced for export is expect-ed to be distributed via the Northern Sea Route. A pipeline and an oil terminal are also to be built for the Route, where oil tankers will depart for Asia-Pacific countries. The future of the gold mining industry is related to the start of field development in the Gross Gold Deposits (Olekminsky area), and gold deposits in Ust-Maya, Oimyakon, and Tomponsky areas.
Offshore projects in the Arctic zone of Yakutia are under the control of Rosneft. Experts estimate that by 2050 the Arctic shelf will provide for 20–30 percent of total Russian oil production. Oil is first expected to be produced in the Arctic in 2018. Yakutia also has promising petroleum deposits in the Laptev and East Siberian Seas. Their comprehensive exploration would improve the possibilities of creating a northeast Yakutia mining cluster based on the existing resource potentials of gold ore, coal, oil, tin, and other minerals.

– How is international cooperation coming along in the Arctic projects?
– Traditionally, our Republic has been actively involved in interregional cooperation between the Arctic and northern regions of Russia, and foreign countries. The Republic of Sakha (Yakutia) has been the presiding region of the northern regions in the “Northern Forum” since 2011. In turn, the Northern Forum is an associate member of the Arctic Council. The Republic of Sakha (Yakutia) therefore has the opportunity to participate directly in the activities of the Arctic Council both as a member of the Russian Federation and as a member of the Northern Forum.
As part of the Northern Forum in Yakutia, the Republic has launched an inter-national initiative called “Man in the Arc-tic,” aimed at developing assessment procedures for measuring the standard of living of populations in Arctic areas. In 2014, the project was presented at several international venues, including the meeting of SDWG in Yellowknife (Canada). The success of the project attracted interest from representatives and experts of Arctic Council member countries, who applauded its relevance to current issues affecting the region. In 2014, the project was tested in our own Republic. This year, the project founders plan to expand its reach to other Arctic areas of Russia and abroad.
The largest international organization of the world, UNESCO, also chooses not to turn a blind eye toward pressing is-sues in Arctic areas. Through participation in UNESCO programs and projects in The Republic of Sakha (Yakutia), the following projects have been carried out: “Arctic Teachers,” “Development of Nomadic Community Schools in the Northern Regions of The Republic of Sakha
(Yakutia)”, “Circumpolar Civilization in the World’s Museums: Yesterday, Today, and Tomorrow,” and “Living Human Treasures.” UNESCO also opened a department at the Ammosov Northeastern Federal University dedicated to the study of how individuals and communities adapt in Arctic areas when faced with climate change and globalization. The project to create International Arctic Schools in the Sakha Republic also received support from UNESCO. All of these projects are long-term and focused on our main goal of social and economic development in the region. To continue improving the quality of human life in the Arctic, they must continue to be put into effect.
Теги: Republic of Sakha (Yakutia) Yegor Borisov advanced special economic zones ASEZ Kangalassy Industrial Park Arctic
Читайте также:
string(22) "Стандартный"