Why you shouldn't cut corners with safety

It is common knowledge that more and more tourists come to Kamchatka every year. This is undoubtedly good news for local tour operators. However, the growing inflow of travellers not only serves as a further stimulus for development but is also, unfortunately, a source of significant difficulties for those working in the tourist industry. What are they? They include accommodation (during the tourist season, this is a serious problem) and the inflow of Chinese entrepreneurs who only work for themselves. Experts maintain that these problems can be solved. Primarily, attention must be paid to fighting the illegal business: unregistered competitors of local tour operators undercut prices while taking risks with tourists' lives, which is the worst part. What's more, tourists aim to save money and few of them think about their own safety. 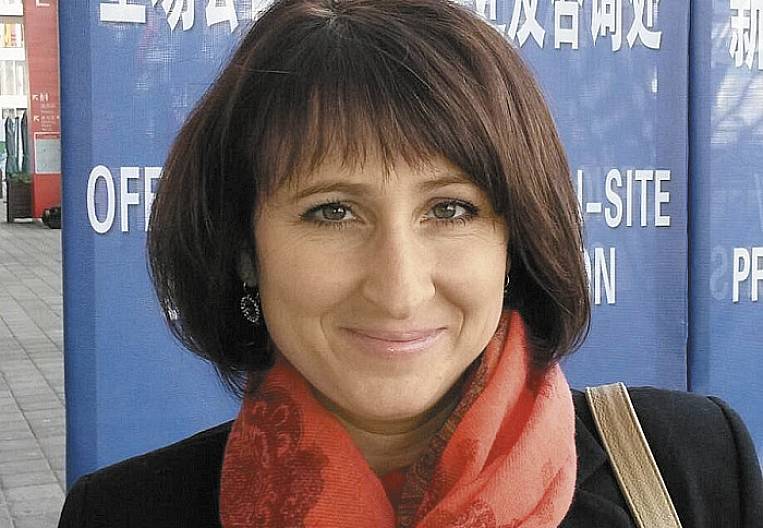 Is safety not paramount?
The problem of illegal players on the tourism market is well-known in Kamchatka, but so far there have been notruly effective and universal solutions developed. According to the Chairperson of the Management Board of the Tour Industry Association of Kamchatka, Irina Sedova, there is a rather large share of those working in the shadows these days – almost half of the market. "The percentage is rather high, and they currently entice significant inflows of local tourists. Illegal players can gather up to 100 people, taking 500 rubles from each of them, a sum considered significant for Kamchatka. It seems that people are attracted by low prices, and they end up being taken in by shady characters instead of approaching the professionals," our interlocutor believes.

Most of the illegal players in the tour business in Kamchatka are private individuals, for example, group owners on social media. They publish an advertisement about a trip, declare its cost as several hundred roubles, which is ostensibly the cost of transportation. Then, 100 unsuspecting tourists set off on their trip. Thanks to the attractive conditions, there are numerous people willing to use the services while few think of the problems that might arise. For some reason, people forget that our territory is harsh and mistakes might cost lives even on easy routes.
When choosing a trip run by such companies, you need to understand that there will be no professional guide or instructor (someone who has climbed a volcano twice and considers themselves experienced cannot be considered a professional) with the group, the transportation quality is not guaranteed by anyone, and no one is responsible for general safety.
"The number of guides is insufficient, there is no insurance. This kind of tourism is very dangerous. People simply do not take responsibility for tourists. We, for example, include one guide for five tourists; on simple routes we allow 8 people per guide as a maximum. Illegal operators gather up to one hundred people. How can they keep an eye on everyone when most people have no experience or are simply unprepared for extreme trips around Kamchatka? They get lost, are forgotten, they then must find a way back themselves. There have been numerous cases like this," we are told by Irina Sedova.
A recent prime example of such careless attitude is the death of a 35-year-old female tourist in August this year. She was clearly unprepared and the instructor, as it has become clear in hindsight, was simply out of their depth in tough circumstances. Soaked to the skin, the woman reached the Avachinsky Pass and was unable to move any longer. At this point, she was practically abandoned. Everyone went to the camp for help. Not one of the 20 members of the group (including the instructor and his assistant) had the idea to take turns and carry her to the camp even by simply dragging her on the ground. What's more, they had no means of communication and they were unable to call rescue services. The young woman was simply left to die. There have been numerous cases when travellers simply got lost – they fell behind their groups and did not know where to go. However, even such horror stories don't stop a lot of people. There are always those who are prepared to risk their lives to save a few roubles.
Circumstances are similar in the organisation of river rafting expeditions, all-terrain vehicle rides, and sea trips. Private individuals who do not register themselves as entrepreneurs, pay no taxes, have no licenses or insurance, perform illegal entrepreneurial activities. It is a miracle that a major tragedy has not happened yet. Individual victims, unfortunately, are commonplace already, however.
Naturally, the following reasonable question arises. If there are so many illegal companies and individuals, why are they not stopped? Tour companies of Kamchatka are asking the same question. You cannot work as a tour operator without registration with the Russian Tourism Agency; illegal entrepreneurial activities leads to significant fines but the supervision authorities turn a blind eye for some reason. "No one cares. The police, tax authorities, and Federal Service for the Oversight of Consumer Protection and Welfare pay absolutely no attention to this. For them, it is easier to go to a store and discover the illegal sale of alcohol than to search for illegal entrepreneurs on a tourist route. There is no clear procedure or mechanism so they do not even know what to do. Though it is high time serious steps were taken to protect lives and the health of tourists," Irina Sedova asserts.
She agrees that it can be rather difficult to bring illegal entrepreneurs to account legally since they can always say that the hundred people with them are their friends. However, if the supervisory and law-enforcement authorities took even token measures, for example, performed raids, the illegal companies would know that they had attracted attention. For now, they operate without a care.
"We do not insist that these people stop working completely… But they must operate within the bounds of the law. Then they would not charge 500 roubles for sure – after taxes, insurance fees, office lease, training and employee
salaries…" Irina Sedova remarks. Of course, it wouldn't be so profitable for them. Therefore, according to our expert, we need to select, tentatively speaking, some kind of bonus system for legal companies so that the illegal ones are interested in leaving the shadows to earn them. For example, in Kamchatka, out of a hundred of small motorboats and sail yachts, only 10 are officially registered and have a marine passenger licence. Why not provide a subsidy to legal carriers or reduce the payment for anchorage? Incidentally, it's far from cheap.

How should you select a tourist service company?
If you are going on a trip and care for your safety, it is rather simple to determine whether the services are being provided to you legally. Firstly, each tour operator must have a registration number with the Russian Tourism Agency – it must be listed either on the information board in their office or on their web site. Secondly, you must conclude an agreement listing all aspects of the trip and when you must pay for the services. You must be given a document proving payment. If, on top of all of this, you are also offered insurance, you can be confident that you are dealing with professionals.
On licensed motorboats and yachts, information on passenger insurance is clearly displayed.
"Foreigners, as a rule, are insured to the hilt. We insure our tourists depending on the difficulty of the route. If it involves climbing and the victim can only be reached by helicopter in case of an emergency, we insure them by default and include it in the cost of the tour. Is the tour more expensive then? Insurance that covers evacuation by helicopter costs about 250 roubles per day," explains the Chairperson of Kamchatka Tour Operators Association.
You must surely agree that 250 roubles isn't a high price for insurance especially if you consider that almost each tour in Kamchatka involves extreme elements.

How does a tour agency differ from a tour operator?
Every tourist should know the answer to this question, even those who don't intend to conquer Kamchatka volcanoes but plan to just go to the seaside.
A tour operator has the right to form a tour package, which must include transport and necessary accommodation. A tour package is any programme. For example, a two-day trip to a volcano. An agency can either sell tour packages or put together their own services but they cannot exceed 24 hours. If an agency sells a tour operator's services, it must have an agency agreement, and a power of attorney from the operator whose details must be included in the agreement. This information needs to be checked.

Federal competitors, a lack of high-quality hotels, and the Chinese
Every year, Kamchatka is an increasingly successful brand on the tourism market. Our Territory attracts not only individual travellers but also large-scale tour operators who used to only send their clients abroad but are now paying attention to Russian regions.
"Naturally, we are a little concerned that they might enter our market and increase competition but it is too early to speak of this since Kamchatka is a peculiar region and it would be difficult for them to know the details without have a presence there. There are other problems as well: during the tourist season, there is a lack of accommodation, there are no hotels that modern tourists are used to. For example, Chinese tourists in general demands the very best. They are prepared to pay but only if the level service is adequate. Here, it seems that a two-star hotels quote five-star prices. We have high hopes for a new hotel that is currently being built in the very center of Petropavlovsk-
Kamchatsky," Irina Sedova says.
The Kamchatka tourist industry also faces another problem: the immigration of Chinese nationals. In certain regions of Russia, they are being opposed. The circumstances are as follows: several private individuals arrive from China and aim to take over the entire tour organisation business themselves, do not pay taxes and, as a rule, operate illegally or semi-legally.

The association of tour operators as an effective problem-solving tool
These days, the regional Association of Tour Operators is working to solve the problems of the tourism sector of Kamchatka. "First and foremost, we are united in order to interact in the most effective manner with each other and the authorities. It is one thing when an particular company makes offers or expresses its wishes, requests, and quite another when it is a professional union," Irina Sedova, Chairperson of the organisation. "Membership of the association is a quality mark of sorts: we accept only professional and verified representatives of the tourism business. A semi-legal company cannot become a member of the association. Tourists and partners see that the company is a member of the association. That way, they receive a guarantee that the services they provide are high-quality".
The Association is already working in close contact with the local authorities and remarks that the officials listen to the opinions of the professionals in the industry that is undergoing active development, attracting new investments, and a large number of people who wish to enjoy the region's unique nature.
Теги: Kamchatka tourism
Читайте также: